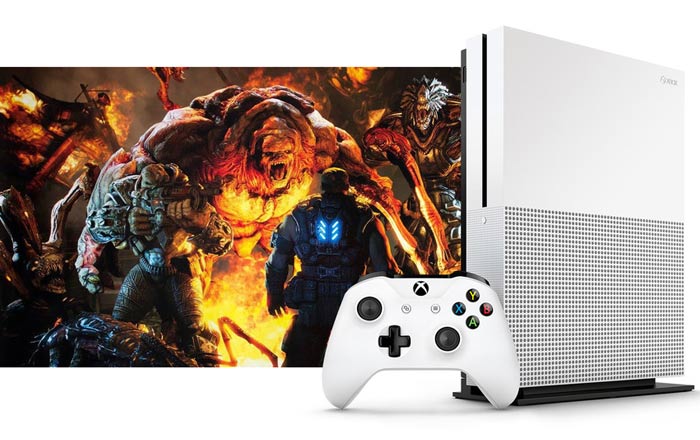 As time passed after the launch of the now-ancient Xbox 360 console, Microsoft tried to revitalize its appeal by launching a slim version of it. It’s ready to do the same again now, with its Xbox One console but there’s something more to this variant than just the cutting of fat.

The new Xbox One S, as it’s being referred to, will ship with enough firepower inside it to generate 4K visuals. The exact details of the hardware are still unknown but this will finally make 4K gaming on consoles a reality, thus taking away the PC-exclusivity that this standard has been enjoying since a very long time.

A leak that has arrived via a NeoGAF user who has also posted images of the upcoming offering, has confirmed the existence of this slim console. As you can observe in the image, the Xbox One S sees some design changes as well, apart from the reduction in size.

This leak has also confirmed that the Xbox One S will support High Dynamic Range (HDR) visuals. A ‘streamlined controller’ will be doled out along with the console, apart from a whopping 2TB worth of storage for games and other stuff.

Microsoft is most likely to announce its new system at its E3 press conference later today. The company which usually chooses to stay mum on leaks and speculations, has put out an official statement regarding this leak. Funnily enough, it just reads ‘¯\_(ツ)_/¯’ according to Engadget.

Tune in to Microsoft’s E3 press conference later today to know all the details regarding the Xbox One S. We’re hoping that the company also announces its price and release date information.