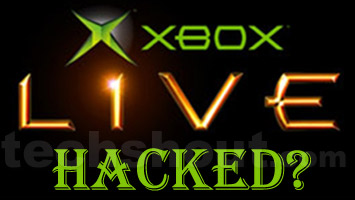 On receiving a number of reports from gamers who claimed that their Xbox Live accounts were hijacked, and credit cards used to purchase Microsoft Points, Microsoft stated they would need to snoop around and investigate the scene.

The Xbox Live security breach was first brought to notice by ZDnet, soon after some of its viewers reported that their Windows Live IDs were stolen and their passwords changed.

In fact, here is what an actual Microsoft representative said, regarding this issued, “Recently, there have been reports of fraudulent activity and account theft taking place on the Xbox Live network. Security is a top priority for Xbox Live, and we are actively investigating all reports of fraudulent behavior and theft.”

Apparently, for quite a while now, reports of people losing their accounts or having others gain unauthorized access to their accounts have been pouring in.

Now, Microsoft has stated that it has found absolutely no evidence of a security breach on its Xbox Live online video game network. It seems that now, finally after days, gamers will be able to sleep easy!

In a statement, Microsoft said, “We want to reassure all of our 6 million Xbox Live members that we have looked into the situation and found no evidence of any compromise of the security of Bungie.net or our live network.”

“There have been a few isolated incidents where malicious users have been attempting to draw personal information from unsuspecting users and use it to gain access to their Live accounts,” Microsoft assured.

However, Microsoft has advised its users on one very important ‘Golden Rule’ that should always be followed while sitting on the Internet. “Don’t give out information that personally identifies you (such as your real name, address, phone number, credit card number) while you’re playing. This includes voice chat and the names you create for your gamertag or mottos. This information could be used by other players for illegal or harmful purposes. Also, don’t give out the personal information of other players,” the company advised.”

It seems there may be several groups of Xbox Live players who openly boast about stealing account information. On a certain website, a group that calls its “Infamous”, claims to steal at least 10 accounts daily.”

It appears that Microsoft has a bit more snooping to do, as assurance to its users will just not solve this huge problem.