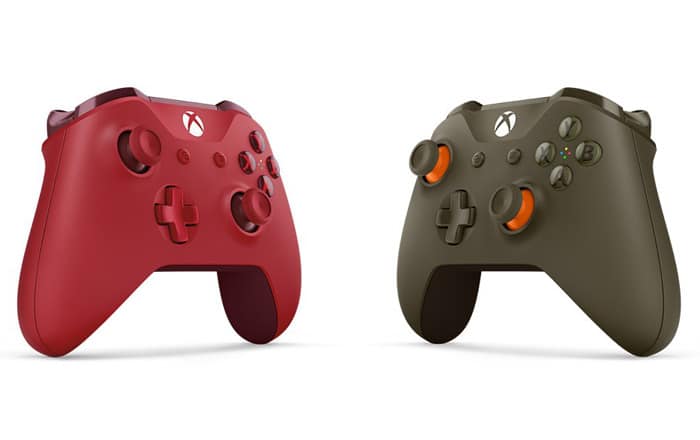 The famed Xbox Wireless Controller has just been painted with two new colors by Microsoft. While the red variant has already been made available in the US and select other countries, the green one will be released on January 24 in the US and January 31 in other parts of the world.

The red colored Xbox Wireless Controller features a two-tone matte red finish, and bears gloss highlights on the triggers, bumpers, the D-pad and even behind the thumbsticks. As for the green version, it’s painted military green and grabs orange accents. This one has a matte finish and gloss highlights on the triggers, bumpers and the D-pad, apart from orange accents behind the thumbsticks.

The newly painted Xbox Wireless Controller features all the latest improvements that were introduced with the Xbox One S controller. This means it will come with a textured grip, better wireless range and improved Bluetooth integration. This device will not only work with the Xbox One or the Xbox One S, but also with Windows 10 PCs and Samsung Gear VR headsets.

Also Read: Xbox One gets an ugly Game of Thrones makeover

You can buy these controllers, or you can visit the Xbox Design Lab which lets you customize the look of you controller according to your liking. With this feature, you can change the color of almost every component that makes up the device. Of course, you do have to pay a higher price than usual, but it does result in getting the look you desire.

Both the new red and green Xbox Wireless Controllers will be sold at $64.99.