In the past gamers used to fight against a virtual character in a particular game…in Counter Strike, the terrorists fought against the counter terrorists…GTA too displays quite a bit of action and violence. But lately the entire crux of fighting against one another in the context or perhaps the pretext of gaming has changed now-a-days. 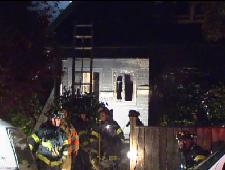 Around a fortnight ago we had reported about the sentencing of three people who had killed three people in the renowned ‘Xbox Slaying’ case… and now it’s the dear console once again that’s in news for similar reasons.

An arson fire broke out on Thursday night in Seattle, thanks to a spat over the Xbox video game console.

According to the police, a 20-year-old former resident of the home in the 700 block of 20th Avenue, there as a guest, was arguing with a current resident about possession of an Xbox. The former resident then threw the console through a window and into the front yard.

Another resident of the house returned home around 10:30, saw the argument, and then joined the fight.

The former resident left, but police say just after midnight, he got back and set fire to the back porch of the house. The four people in the home at the time were able to escape without injury.

Police say the suspect then called the house just after 12:30 from a downtown payphone and jeered at them and made additional threats.

Officers went to the suspect’s current home and waited for him to return, where they arrested him on investigation of arson.

Fire investigators say the house has been severely damaged in the fire and is a total loss.

And with regards to the console, police spokesman Sean Whitcomb says “I saw it,” adding, “I don’t know if it was still operating. It got launched, for sure.”