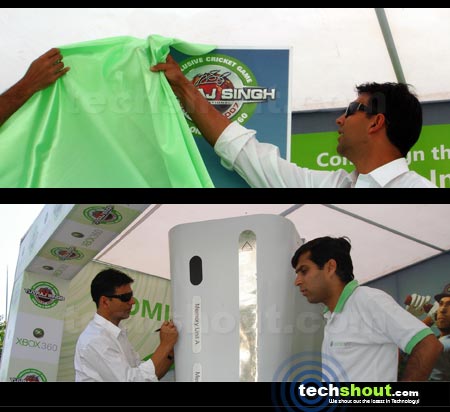 India is waiting with baited breath for the forthcoming ICC Cricket World Cup 2007, to be held in West Indies from 13 March, 2007 onwards. Before the matches kick off, here’s something that evokes the religion of India – CRICKET. And the team of TechShout.com could not even in its worst nightmares not think about covering the event.

The announcement was made at Gateway of India, the cultural heritage and tourist haven of Mumbai. As part of the pre-launch campaign, a humongous Xbox 360 console began its journey from Kolkata on February 23, 2007 and concluded at Mumbai today after covering the cities of New Delhi, Hyderabad, Bangalore Chennai, Ahmedabad and Pune. It is the official game of the ICC Cricket World Cup 2007.

The game has been developed by CodeMasters, one of the oldest, most renowned British video game developers and the official developers of Brian Lara International Cricket 2007.

Speaking about this Mohit Anand, said “With our soon-to-be launched cricket game ‘Yuvraj Singh International Cricket 2007’ we aim to provide cricket fans a unique opportunity to play their favorite game from the comfort of their home. The game is focused on World Cup 2007 hence gamers will have a real life experience of playing with & against the teams of their choice on the Xbox 360.”

Akshay Kumar said, “I have been eagerly waiting to play ‘Yuvraj Singh International Cricket 2007’ on my Xbox 360 and with the preview of the exclusive game, I am sure that all the gamers across the country will have a breathtaking experience playing on their favorite console”.

The ‘Yuvraj Singh International Cricket 2007’ has true-to-life looking players, stadiums etc. What’s really interesting and exciting about playing this game is that it can also serve as a tutorial to those keen to master the game. It gives gamers various pitch conditions, weather conditions, match-play scenarios. 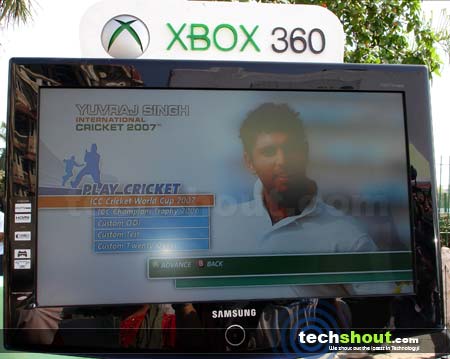 Microsoft wanted to be extremely meticulous about the details and players featuring in the game. That is the main reason that the game’s announcement was delayed until now, since the official team announcements were done on 13 February, 2007 after which they got into the further and final development of the graphical depths and detailing of the game.

Priced at Rs. 1699/-, the ‘Yuvraj Singh International Cricket 2007’ Xbox 360 game harnesses the power of the console to the maximum.