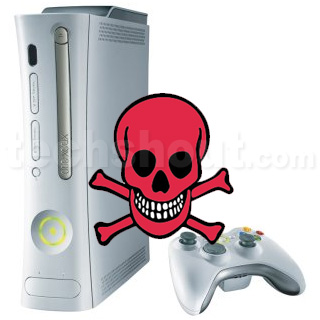 Microsoft has released a fix for a security flaw that could allow Xbox 360 owners to run their own applications or operating systems on the console. Microsoft has issued this fix very quietly without making much of brouhaha about it.

The latest Xbox 360 update rectifies a problem with a tamper protection mechanism on the Xbox 360. Hackers had discovered a way to break through the shield and run their own software, including operating systems such as Linux, on Microsoft’s next-gen game console.

The entire list of details of the Xbox 360 security vulnerability was revealed last week in a posting to two widely read security mailing lists. The Xbox 360 flaw was actually discovered in November, demonstrated at a hacker conference in December, and fixed by Microsoft in January, according to the posting by an anonymous hacker.

The anonymous hacker wrote, “Together with a method to inject data into non-privileged memory areas, this vulnerability allows an attacker with physical access to an Xbox 360 to run arbitrary code such as alternative operating systems with full privileges and full hardware access.”

Microsoft confirmed the issue on Friday. In an e-mailed statement, a company representative stated, “Microsoft has worked with the party that reported this issue and has already distributed a fix across our distribution methods, both online and offline.”

The Xbox 360 update was pushed out via Xbox Live, Microsoft’s online gaming service. Any game releasing after February 20 will ship with the fix, which is also available for download on the Xbox website, the representative said.

However, Microsoft doesn’t term the Xbox update as a security fix. Instead, on its website it lists an “operating system update” for download, without stating what the update does.

The Xbox and other game consoles have always been well-liked hacker targets. The challenge for hackers is to circumvent protections on the devices to run their own, so-called homebrew code on the device or load another operating system.

A whole market for Xbox cracks grew around the first version of the game console. Add-on chips for the Xbox called “mod chips” which allow users to play pirated discs and other applications. Furthermore, some groups claimed they could run Linux operating system on the Xbox.