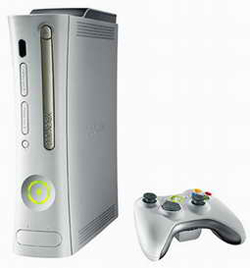 Microsoft confirmed that starting today; all Xbox 360 console owners can download a free Xbox 360 system update that comprises of over 82 new features and enhancements.

This new Xbox 360 update would not require the user to have the add-on hard disk. The free Xbox 360 update download would be available for both Gold and Silver members via Xbox Live.

Some of the most exciting features of the new Xbox360 update are: support for native 1080p games and movies, faster display times for Xbox Live Arcade game lists, and more choices for video playback.

Other new and noteworthy features in the free Xbox 360 update are “Play Now” launch feature to bypass Arcade and take you directly to the game, and a “Tell a Friend” utility to send a message to any one of your contacts telling them about the Arcade game.

What’s more, Microsoft Xbox 360 console will now support XNA game Studio Express when it releases later in 2006, so that game designers can test and play the games they create.

Through this new Xbox 360 system update gamers can stream WMV video from a Windows PC running Windows Media Player 11 or Windows Media Connect. In addition gamers would also be able to play video files from data CDs and DVDs, as well as from storage devices like USB 2.0 flash drives and Xbox 360 Memory Units. This new update would also bring support for 50 Hz HDTV display modes.