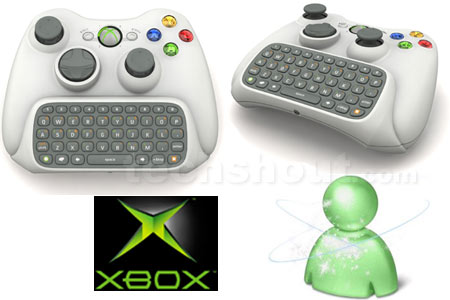 Once again we bring all you Xbox 360 owners some great news. Today, Microsoft unveiled the details of this spring’s Xbox 360 update due on May 7, which comprises a plethora of new features and one very special hardware add-on for your controller. Read on to find out what plans Microsoft has been hiding up its sleeve for spring which incidentally also represents abundance!

Firstly, as part of the spring update, Microsoft will be launching Windows Live Messenger on the Xbox 360. Soon, you will be able to chat with friends across Xbox 360 consoles, Windows-based PCs and Windows Mobile-powered devices all from your television screen. This feature will be free of cost for Gold and Silver users.

According to Jerry Johnson, product unit manager of Xbox Live at Microsoft, “Bringing the largest IM community in the world, Windows Live Messenger, to Xbox 360 makes sense, as Xbox LIVE has really become the largest social network on television. For our growing community of 6 million on Xbox LIVE, using Xbox 360 is a very social, connected experience. They are using Xbo0x 360 to play games, music and movies while simultaneously communicating with one another through video, voice and text chat. With this announcement we are simultaneously expanding the access of Xbox LIVE users to existing friends and family while introducing Windows Live Messenger users to the benefits of Xbox 360.”

Windows Live Messenger users on Xbox 360 will be able to text chat using the virtual keyboard that is accessible on Xbox 360, or even by connecting a USB keyboard to the console. However, if you are a real 360 fan, you could go in for the QWERTY text-input device that connects directly into the “horns” of the Xbox 360 controller. This accessory will be launched by Microsoft in summer this year.

Apart from the introduction of Windows Live Messenger and the rather cool looking QWERT keyboard, the Spring update for Xbox 360 will also include a host of new features and enhancements: