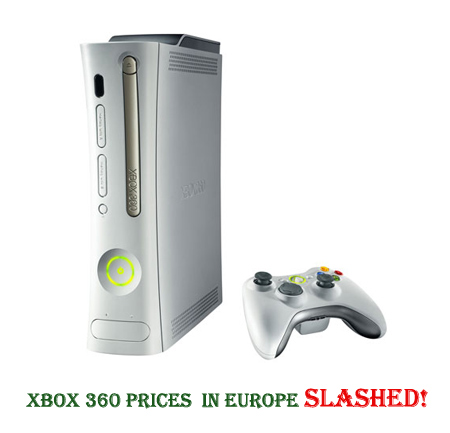 Believe it or not, from 14th March onwards, the Xbox 360 will be available at slashed down prices in Europe. The latest drastic price drop move by Microsoft is to lure more gamers towards the next-gen gaming console and also enhance the sales of the Xbox-compatible titles.

Microsoft is anticipating that that the spring launch of several hot game titles including Grand Theft Auto IV and Rock Band will further boost demand for the system.

Meanwhile, Microsoft dropped its HD DVD player after Toshiba ceased production of the drive inside.

The latest move makes it very clear that Microsoft is wanting to someway or the other overcome the Xbox 360’s falling sales and the best way to do that would be to slash the prices of the console. In fact, the new price structure makes the 360 even cheaper than Nintendo’s Wii.