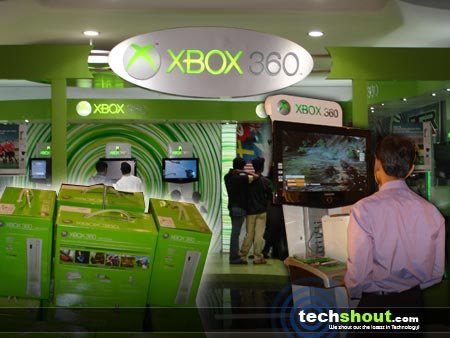 If you had inhibitions about the sales of Xbox 360 in India, worry not as GameGuru.in has done a complete survey on the performance and the small tit-bits that go along with Microsoft’s next-gen console, the Xbox 360.

The survey revealed shocking stats, but none as shocking as this, the Premium version, which is the expensive one is outselling the cheaper Core version. GameGuru.in called up all the dealers listed on the Xbox 360 India site. Here are some of the stats:

Here are some stats of the citywise sales Xbox 360 Console Sold – City figures:

As can be seen in the pie charts above, they divided the statistics in to Zonal sales and Indian Cities sales. The zonal sales figures are little different, Southern Zone has the biggest share, 41 %, followed by Western Zone, which has 29 % of the share. Then comes the Northern Zone taking 22% of the pie and last is the Eastern Zone with a tiny 78%. They have also found out the total number of the Xbox 360 CDs sold, which is somewhat similar to the Xbox 360 sales.

The best part is the observations based on their conversations with the dealers. The ones which caught our attention, besides the Premium and the Core version sales was that people in India want a PS2 or a PS3 and they are actually waiting for the PS3 to release here. The funny one was a case in Ahmedabad where a person who went for a Xbox 360 but purchased a Samsung LCD!

So it seems that Xbox 360 is indeed doing decently in India thanks to the booming middle class, an upcoming economy and also the enthusiasm in the Indian gaming industry. What remains to be seen is how the Xbox 360 sales will shape up, if Sony, which was bruised and “chain sawed” by Nintendo and Microsoft worldwide, decides to jump in to the fray and introduce the PS3 in India.