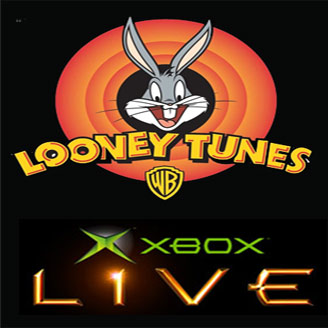 Microsoft is surely going the family way. Along with the newly announced Xbox 360 Arcade console for the upcoming holiday season, Microsoft has expanded its selection of family-oriented shows available on Xbox LIVE with over 100 new episodes of popular Warner Bros. and Nickelodeon TV shows.

Now, Xbox 360 owners will be able to select and download over 50 episodes from the classic Looney Tunes library in high-definition. These include episodes of Bugs Bunny, Daffy Duck and other Looney Tunes episodes which can be downloaded directly on to the TV via Xbox LIVE. Moreover, around 10 episodes will also be available in Spanish.

According to Michele Edelman, vice president of marketing for Warner Bros, “We are particularly proud to offer programming in Spanish as well as high definition, both of which help enhance the appeal of these great shows for Xbox 360 owners.”

As mentioned earlier, besides making available Warner Bros and Nickelodeon TV shows, Microsoft has also introduced children-friendly games such as “Shrek-N-Roll” and “SpongeBob SquarePants: Underpants Slam” which will soon be available for download via Xbox LIVE Arcade.

Steve Youngwood, executive vice president of digital media for Nickelodeon-MTVN Kids and Family Group said, “To truly entertain our audience, we know we have to seed our content on every platform they are using, and the Xbox 360 is a great entertainment console for our target demographic.”