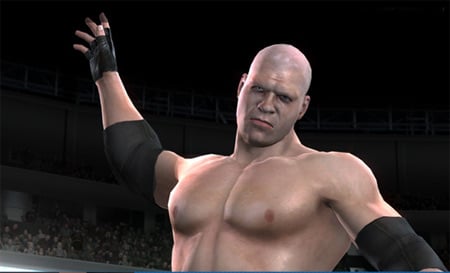 THQ’s SmackDown vs. Raw 2008 is one of the most awaited fighting/wrestling game titles that has come about in what seems like aeons. THQ has sent in some excellent news for fans of the game who are eagerly awaiting its release.

SmackDown vs. Raw 2008 game is being released on a number of gaming platforms that include the Xbox 360, PlayStation 3, PlayStation 2, PSP, Nintendo Wii and DS.

Beginning today, consumers who pre-order WWE SmackDown vs. Raw 2008 at select retailers in North America will also receive a copy of the official demo of the game. Plus, those who pre-order the game will also be able to partake in exclusive gift-with-purchase promotions.

The Xbox 360 WWE SmackDown vs. Raw 2008 demo will be available via Xbox Live Marketplace from October 15, 2007 onwards. This game demo will allow players to experience an exhibition match play using the RAW, SmackDown and ECW arenas.

Superstars Rey Mysterio, Bobby Lashley, Undertaker and randy Orton will be available for battle in either single player or two-player, head-to-head gameplay. Players will also be able to sample several of the game’s new features such as Superstar Fighting Styles and the Struggle Submission System.

We definitely know that WWE SmackDown vs. Raw 2008 game will be well-received as when we first reported this story, the comments and suggestions regarding the game flowed in and continue to put in till date.

WWE SmackDown vs. Raw 2008 includes several of the fan-requested updates that include new rosters, more environmental hotspots, improved out-of-ring actions and much more.

The game will offer players eight Superstar Fighting Styles, each of which has its own unique strategy with exclusive modes and abilities. The newly introduced Struggle Submission System gives players intuitive and natural control over their WWE Superstars using the analog sticks. Realism and strategy have been pushed to the forefront as players will be able to control the amount of pressure they apply.

Then there’s the WWE 24/7 mode which combines the popular Season and General Manager modes. Multiple character development options, stat tracking and career goals will guide players to the ultimate achievement of becoming a WWE legend.

WWE SmackDown vs. Raw 2008 for the Nintendo Wii and DS

The Wii version of this game features unique controls and gameplay that takes full advantage of this innovative gaming platform, resulting in quick response times and a more arcade-like feel.