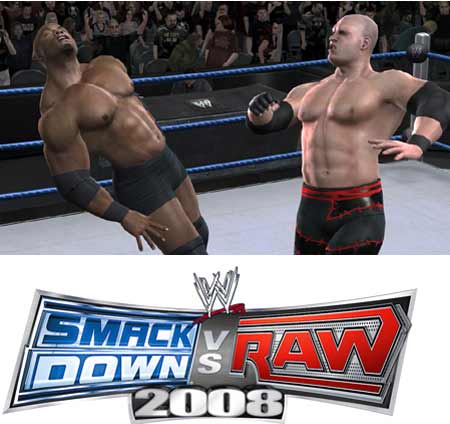 THQ has announced that it’s WWE SmackDown vs. Raw 2008 is already in development for a number of gaming platforms such as the Nintendo Wii, Nintendo DS and the Sony PlayStation 3 game consoles. Besides, THQ has also sent word that they are developing the game for the Microsoft Xbox 360 console, PlayStation 2, PlayStation Portable (PSP) and wireless devices as well.

WWE SmackDown vs. Raw 2008, a game which definitely belongs to the Wrestling genre in gaming will include eight unique fighting styles, each having their own strategy and exclusive attributes.

Besides, a brand new Struggle Submission System will give players intuitive and natural control over their WWE Superstars by using the game’s analogue controls. Players can now control the amount of pressure they apply to their opponents using these controls.