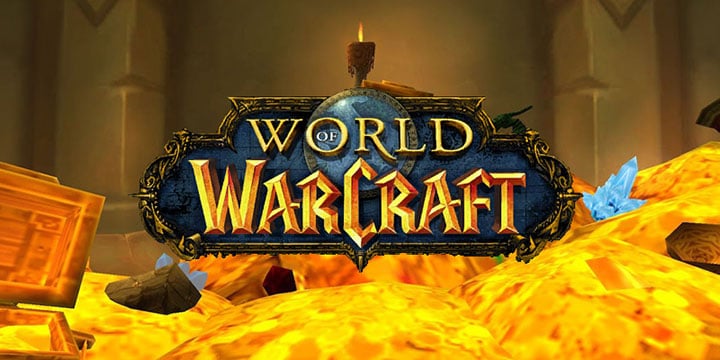 Making WoW Gold in Battle For Azeroth (BFA) is harder than in previous expansions, which has left some players feeling frustrated. In previous expansions, missions, world quests, and emissary rewards meant that players could make a substantial sum of Gold every day just by playing the game. With the release of BFA, Blizzard moved away from passive WoW Gold and made some decisions that have changed the WoW economy. Making WoW Gold is now tougher, but there’s still plenty of ways to make Gold and have fun playing the game at the same time. For this article, we’re going to focus on a range of WoW Gold making tips and tricks that will suit the average player.

LFR is not the most efficient way of farming for Gold but it is a fun way to make Gold whilst actually playing through content. Even if you’ve already completed the raid in the past which is the most likely scenario for most players, there are enough different raids to keep you from getting bored. LFR also gives you the opportunity to practice playing your class through different and sometimes tricky Raid boss mechanics which is good practice if you plan to do the raid on a higher difficulty at a later date.

Farming for battle pets is a great way of making some extra WoW Gold, and depending on the rarity of the pet and the demand for it on your Auction House, you can make a lot of Gold. The Filthling is a popular battle pet to farm since it’s fairly easy to farm and doesn’t take much time. The Filthling is located in the Isle of Thunder and you can typically farm 3 or 4 of them an hour. They can sell for 20K Gold but this will depend on the economy on your server. The Gahz’rooki battle pet in Northern Barrens also fetches a similar amount of WoW Gold and soloing you can expect to get around 2 per hour.

Fishing is a great way of making Gold because fish are needed in certain high demand recipes. Zandalar has some fishing pools with highly sought after fish that can sell for a substantial amount on the Auction House, Slimy Mackerel is one of these. Always look up the fish you want to farm before you dive right in, just to check there’s nothing you’re missing. Midnight Salmon has a higher drop rate at night than during the day so your efforts are best served night fishing. The Albino Cavefish in Deepholm is also easy to fish for and tends to sell for a good price on the Auction House.

The Herbalism profession is incredibly lucrative in BFA and doesn’t require too much effort. By farming for the latest herbs in Drustvar you can net around 45K an hour, with Winter’s Kiss and Anchor Weed being the highest earners. You can make huge amounts of money from Herbalism alone by just gathering and selling herbs, but if you want to make even more you can combine herbalism with Alchemy. With the Alchemy profession, you can craft the Vial of the Sands flying mount item which sells very well on the Auction House.

Auction House flipping is a tried and tested way to make WoW Gold, and it will never go out of fashion. This method involves buying up Auction House items and selling them at a higher price. There is risk involved in this method which is why you shouldn’t select the items randomly. The TSM (Trade Skill Master) Addon is a popular Auction House addon that will tell you whether an item is on the Auction House for a lower price than normal. You can use this information to decide whether it would be a good idea to buy the item and resell it for a profit.

You can make huge profits from disenchanting in BFA. This method also ties in well with the LFR method, or simply dungeon running. You can disenchant any bind on pickup items you come across and sell the elements you get from this on the Auction House for a decent amount of WoW Gold. You can also make Gold by crafting enchantments but make sure you look up the value of the enchant before you go ahead since disenchanting is almost always more profitable.