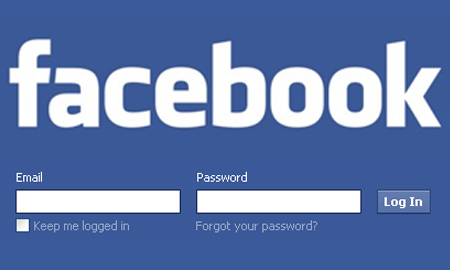 How did we come down to asking if you would share your Facebook login credentials with employers? Why Facebook and not Gmail or Twitter? Well, Zuckerberg and Co. say they’ve got over 750 million active users, 50% of whom log on to the site on any given day and members apparently while away up to 700 billion minutes a month on the SNS. That’s a whole lot of time spent doing nothing that would be considered particularly useful by folks of the more traditional sort. On the other hand, why would people join a community which defines itself around the idea of sharing and prefer to be left alone?

The problem with social networking is that it manages to convince users others really care about the itty bitty details of their lives. Why else would you be able to see status messages like ‘It’s so hot today, I’m sweating’ or ‘There’s a bug in my bed, can’t sleep.’ Please note – ‘You’re not sweating, you’re perspiring’ in response to the former status may not actually be an indication of another member’s interest in your ‘personal’ life. When you get tagged in one of those ‘25 Random Things about Me’ chain notes, did you actually read what the person who tagged you had to say about himself before going ahead and telling the world about yourself?

Facebook is undoubtedly one of the most engaging online platforms in the world and that narcissist urge to entertain the audience while on it is something everyone succumbs to at one point or the other. Hence, those pictures of less than sober revelry, a strange tattoo in a strange location, your views on politics or the old boss may surely make it to the website. But that’s not the kind of image you want to be associated with when sitting down to an interview with a potential employer across the table. Just this year, the American Civil Liberties Union (ALCU) brought to light a case in which corrections officer, Robert Collins, was apparently coerced into providing his Facebook login credentials to the Maryland Division of Corrections (DOC) during a recertification interview.

Reportedly, Collins had to sit across the desk while the interviewer logged in to his account and read not only his posts, but those of his family and friends too. Some may be able to justify taking such a liberty in the name of national security. Others have been calling it an unwarranted breach of privacy. It’s clearly a very delicate issue. If companies were allowed to access someone’s private messages, mails and posts on Facebook, wouldn’t it be as good as letting them riffle through employers’ private letters? The question everyone concerned has been mulling over is whether employers have the right to ask any employee for their login details.

“I send private messages to my friends through the Messages application because it’s convenient since I’m on Facebook all the time outside working hours. Why would I let anyone else access my account?” says Reese Carvalho, career consultant. “And I wouldn’t want any of my senior colleagues at work to see the other side of me when I’m with my friends and obviously off my guard. It could come off as immature, especially in my line of work. Work and personal lives are two separate things and they should stay that way. If employers expect us to behave professionally at work, they should learn to respect our personal lives and stay out of it.”

What about you? Would you share your login with an employer if he could give you that really awesome job with an even more awesome paycheck? Or would you sell your soul rather than give away your Facebook login details?