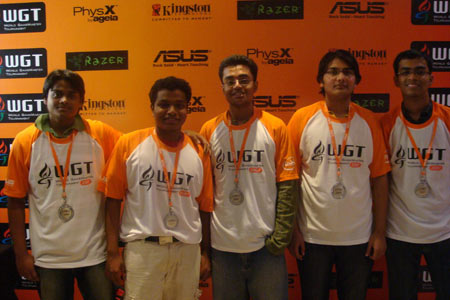 2006 witnessed the very first World GameMaster Tournament (WGT) that took place in various cities across India. Cut to Dec. 2007 and here’ the second season of the tournament. Gamers as well as technology aficionados alike seemed to be just in the place where they ought to be.

Held at a plush venue at South Mumbai, the WGT 2007 saw technology manufacturer Asus playing a big role in the event. Kingston, RAZR and AGEIA were the other leading technology brands who were part of the initiative.

Counter Strike, Dota All Stars, F.E.A.R. and Call of Duty 2 were the official games this year that gamers battled out their wits and might on.

This gaming tournament saw the best teams of India competing after qualifying in the preliminary gaming tournaments across India in major cities like Delhi, Chandigarh, Mumbai, Bangalore & Chennai. This time around the excitement among gamers was so strong, that teams from places like Hyderabad, Nagpur, Pune and Ahmedabad came all the way to Mumbai to participate in the prelims because the prelims were not held locally. 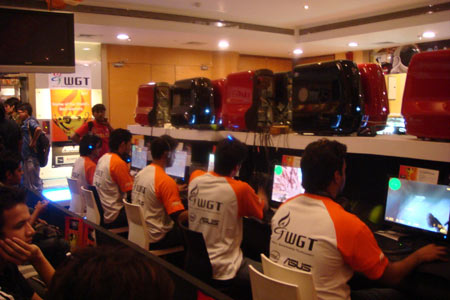 “The response from the gamers was overwhelming this year. Gamers were thrilled to see the competition zone which included the powerful WGT Gaming Machines. We, at ASUS focusing to educate the end users on choosing the most appropriate components for their systems through such initiatives,” maintained Amit Jaokar, Technical Promotion Manager, and Project Leader for WGT, ASUS India.

The winners of WGT 2007 walked home with medals and with a variety of Asus graphics cards. The winners list is as below: