WordPress for iOS gets its ‘biggest update ever’ 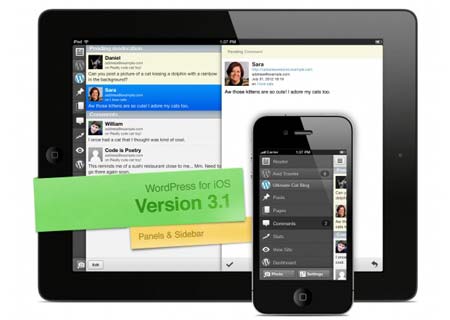 As the company puts it, the WordPress for iOS application has received its ‘biggest update’ till date, packing in a whole new interface along with access to the WordPress.com Stats page. These improvements are designed for both the iPhone and iPad and are accompanied by various fresh features.

From graphics to the colors adopted, the UI is redesigned from the ground up to feature the latest sliding panels interface. This attribute is said to be more noticeable on the iPad, allowing users to jump to various parts of the application. On the first run, viewers will be guided by a new welcome screen for adding blogs, after which they will be taken to the Reader. Searching for others should be more convenient than previously with the addition of the friend finder.

“Today is an exciting day! A new version of WordPress for iOS was just pushed live, and it’s been dubbed the “biggest update ever”. It features a completely re-imagined interface for both iPhone and iPad that takes mobile blogging to the next level. It’s most noticeable on the iPad: a sliding panels interface enables you to quickly get to any part of the app and rediscover your content,” expressed Isaac Keyet, Mobile Designer at Automattic, through a post on the official WordPress blog. 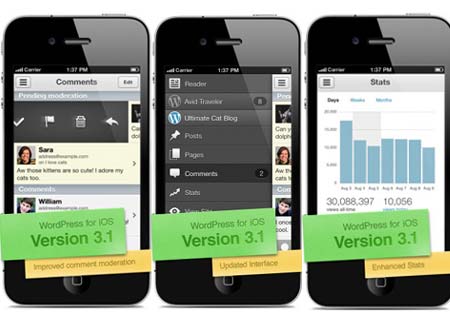 For the iPhone, the Sidebar which displays all content hosted on users’ blogs, is allocated to the right and it can be accessed by simply tapping or swiping the list icon. And the Quick Photo attribute that was specific to Apple’s smartphone series is now available on the iPad as well. Through this, users will be able to conveniently upload images from the embedded camera or library.

The updated WordPress for iOS app is available for download through the App Store, free of charge.