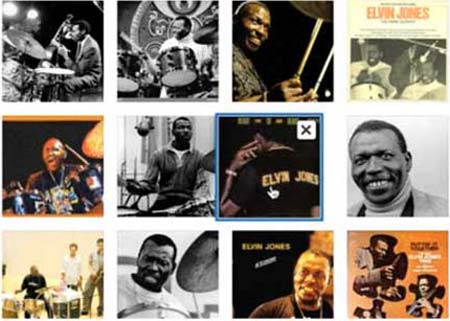 WordPress 3.5 Elvin has been released and changes have been made to suit both developers and users alike. Named after the post-bop era jazz drummer Elvin Jones, the new version is aimed at streamlining users’ experiences on the platform.

The makers of the free and open source blogging tool, initially released almost a decade ago, have gotten into the habit of naming releases after famous musicians. Version 3.3, which came a year ago, paid tribute to renowned American jazz saxophonist Edward ‘Sonny’ Stitt. In August this year, it got one of its biggest updates for iOS. 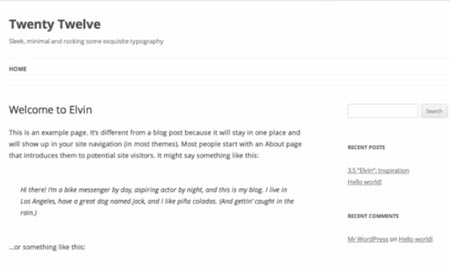 A post on the official WordPress blog says that the flow in the way people upload media has been completely re-imagined. Over the years, media has been a source of aggravation for many and the new system has apparently been designed keeping in mind users’ gripes with the whole thing.

A single click on the ‘Add Media’ button will take users to where they’ll need to drag and drop files into the library. Working with media has also been simplified. Meta-data can now be added ‘on the fly’ with pretty much no hassle, and re-organizing galleries has been made a little bit more convenient.

WordPress 3.5 Elvin comes with a new default theme called Twenty Twelve which presents an eye-pleasing typeface. It also sports a minimalist look and has been built to be responsive on any platform. The blog says it is a really nice place for a CSM site to get started. The video above explains most of the additions.

Changes carry over to the UI as well. Those who are new to the interface will find it simple to get acquainted with, while existing users should also find it easy to catch on. The dashboard has been refreshed and practically everything has been upgraded with Retina support, meaning it won’t look grainy or pixilated no matter how high the resolution of the device.

Developers can now add their or anyone’s WordPress username to the plugins page. They will also be able to see their favorite tagged ones, making it easy to install those they’re comfortable with, when setting up a new site.

WordPress 3.5 Elvin comprises a download of about 5.2MB and is now available on the official site.