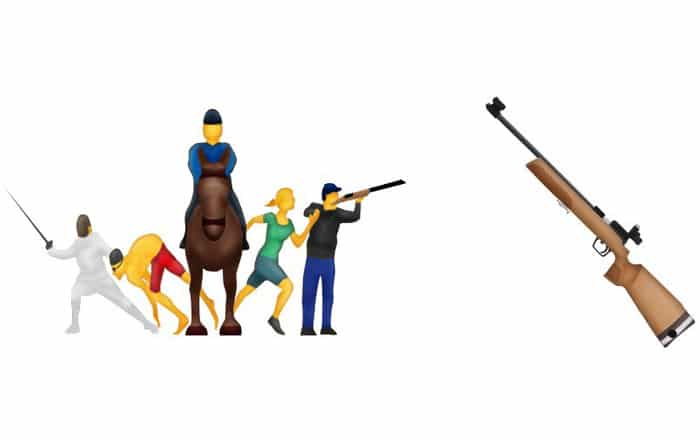 Apple has landed itself smack dab in the middle of the raging gun control debate with the news that it apparently stopped the rifle emoji from finding a spot among Unicode’s final list of 2016 icons. A majority of accepted emoticons usually find their way to the final keyboard release without much debate, but it appears that the tech behemoth took a special exception to the symbol.

This all went down at Unicode’s quarterly gathering in May 2015 when big names like Apple, Microsoft, and Google gathered together to vote on the new emojis you’ll be seeing in your phone in the future. Apple got the ball rolling when it declared that it wouldn’t support the rifle emoji on iOS and would prefer to have it removed from the 2016 list.

Sources told Buzzfeed that Microsoft then stepped in and supported Apple’s stand, probably one of the rare occasions the two actually agreed on something. The latter is already a big player in the emoji world, given the dominance of its iOS platform where apparently 200000 messages get sent via iMessage every second.

Also Read: Apple iPhone 6, 6 Plus may get banned in China

Apple’s influence seems to have been enough to carry the motion, with all the other companies not contesting the move since there’s already a handgun symbol representing firearms. The rifle wasn’t the only gun-related emoji to get thrown out of the window. The members also voted to get rid of a pentathlon emoji which showcased a man firing a pistol next to other sports.

The rifle emoji was initially a part of a group of Olympic-themed icons meant to coincide with this year’s Rio games. Unicode’s page marked the use of the emoticon for describing marksmanship, sport shooting and hunting. A British gun control group had protested its inclusion earlier this year.

Unicode President Mark Davis responded to their criticism by stating that the rifle emoji was included because it’s an Olympic sport. It looks like Apple didn’t see it that way, which is why no one will be able to see it on their keyboards any time soon.