The problem with video editors is their complicated nature that forces you to spend days learning their ins and outs. But then there are other programs like Filmora Video Editor that have their focus set on making it as easy as possible to edit your clips. Available for Windows as well as Mac machines, it is as simple to use as it is feature-rich, and can be played around with even if you have no prior idea of how to edit videos.

The simplicity of the whole affair is visible right from the onset. The interface of Filmora Video Editor is a modest and intuitive one. Four main options greet you at the start. First one is to start editing a video, while the second one is for opening a recent project. The third one is the action camera tool, whereas the fourth one is meant for instantly chopping your long videos. There’s also a dropdown menu allowing you to select the aspect ratio you want your edited video to have. 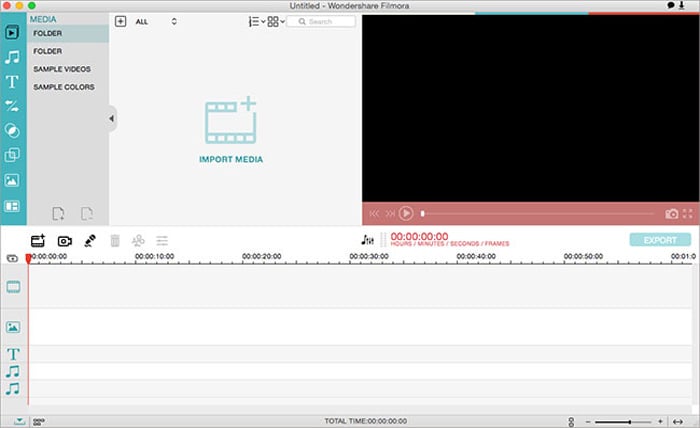 Let us first go through the main video editing features of this software. The standard interface for any such program includes a timeline and preview window, and same is the case with Filmora’s offering. On the upper left corner is the import window, which also contains various options like ones for adding text, effects, transitions and more. It allows the import of a wide variety of video formats, including videos shot by camcorders, DV cameras, webcams, smartphones and more.

Let us first talk about the basic video editing tools that are at your disposal. First there’s the trim video option that allows you to remove unwanted parts of a particular video, and there’s even ability to adjust brightness in case the video is too dark. A speed control option is also present for slowing down or speeding up your clips.

That said, let us now take a look at the advanced options on offer through this video editor. The first one is called Pan & Zoom. It allows you to make images slide from one to another or even slowly zoom in or out on clips. If you want your videos to be sped backwards, Filmora Video Editor also has a reverse video option. More importantly though, the software comes with its own video stabilization feature. All your shaky clips can be smoothened a great deal using this tool. 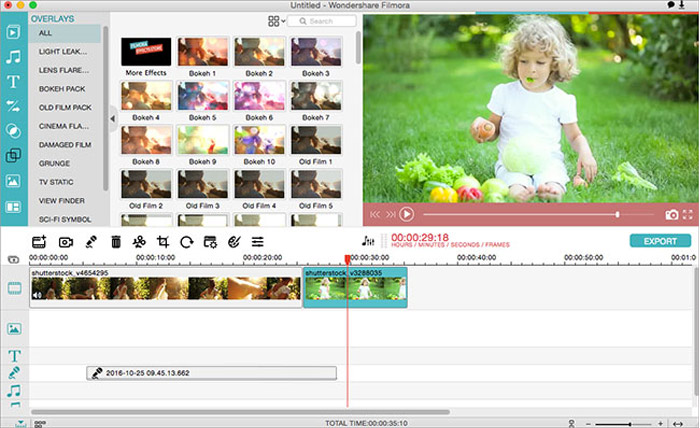 Professionals never release any of their videos without grading their colors first. And you’d be pleased to know that this video editor for Mac and Windows also has the facility to do that. The Color Tuning section can be used for adjusting the dynamic range and the white balance in your clips. And in case you don’t feel like doing that manually, you can even direct the program to auto-enhance the colors in your videos. This is truly one of the best features of this video editor.

If you’re familiar with how basic visual effects are made, you’ll definitely know the concept of green screen. You’d be pleased to know that Filmora Video Editor can also be used for green screen removal. A powerful tool for the same exists in this program, allowing you to make the background video transparent and adding the video or image of your choice in its stead. 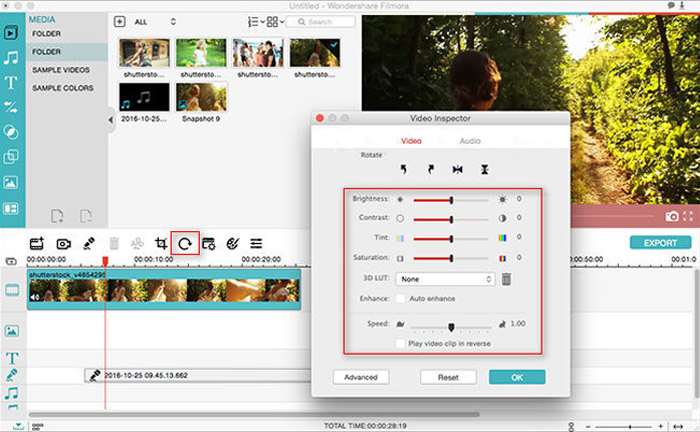 There are plenty of other such interesting things you can do, like adding mosaic, tilt-shift, picture-in-picture effects. That being the video side of things, Filmora’s software also lets you edit audio in a variety of ways. Mixing multiple songs together, adjusting their individual volumes, removing unwanted parts and are just a few of the audio functions supported.

Making your video clips look better than their original state is a top priority for this software. It hence features more than 200 types of ready-made filters. These range from old-school effects to light leaks, and even lens flairs and cinema flairs. There’s a built-in music library to add great music to your videos. You can even use this software to add text, and format it in various different types.

A neat effect that we found to be very interesting is Split-Screen. With it, you can have multiple videos playing at the same time in stylized windows. These are great to make comic book style effects or showing a phone call happening between two people. 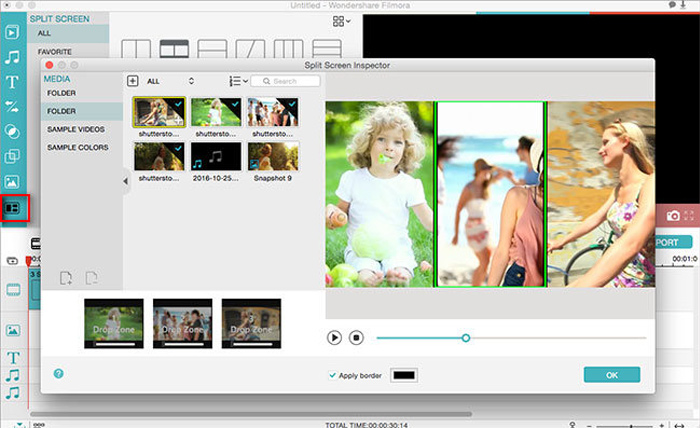 All this makes Filmora Video Editor the best video editor for those who are new to the field of splicing clips together. You can download its limited free trail right now, or go directly for the full version that costs $59.99 for a limfetime license on both Windows and Mac platforms.