If you have been using an iPhone or an iPad, chances are you’ve felt the need to record your iPhone screen sometime or the other. Unfortunately, this process is pretty complicated, but Wondershare’s Dr. Fone iOS Screen Recorder can just easily transform it into a super easy method which seamlessly mirrors your entire phone’s display on your PC, allowing you to record everything that you can see on it.

Alternatively, if you’re okay with a very lengthy setup process, you can even install the Dr. Fone iOS Screen Recorder app on your device for direct recording. But like we said, getting it to work on an iOS device involves a bit of a longish procedure.

For now, let us focus on the PC version of this software. The screen recording functionality is actually part of the entire Dr. Fone for iOS suite which features sub-installs; one of them being iOS Screen Recorder. The main function of this program actually is to recover deleted data from your iPhone or iPad. This is exactly what will appear on the screen once you launch it.

But there’s a section at the bottom which says More Tools, and this is where you’ll find the Dr. Fone iOS Screen Recorder option. Once you launch it, just pick up your iDevice, head to the Control Center and turn on Airplay Mirroring. You then need to select your PC and your phone or tablet’s screen will start getting mirrored on the big screen. 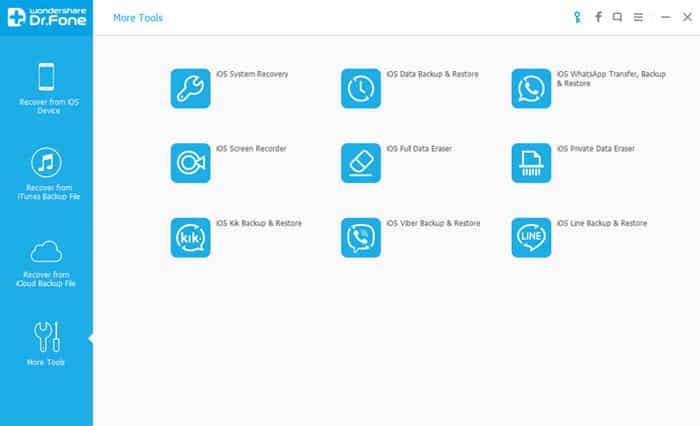 Do take note that both the computer and the phone should be connected to the same network for this to work. But what about the recording part? Well that’s pretty simple as well. The window in which your phone is mirrored on the PC has two tiny buttons at the bottom. While one of them being lets you access a full screen option, the other is for starting the recording.

Wondershare’s Dr. Fone iOS Screen Recorder seamlessly renders a lag-free mirroring experience. One thing we loved about this program is that tilting the phone in landscape mode gives you very neat full screen visuals on the PC. You can set the exact location you want the video to be saved at, but unfortunately, you cannot change the resolution, which is 750 x 422 pixels.

The Dr. Fone iOS Screen Recorder also enables the capture of audio from your iDevices. This allows you to make the perfect gameplay videos for posting on YouTube or any other website of your choice.

This being the easier method, the Dr. Fone iOS Screen Recorder also exists in the form of an iOS app. But the catch is that it isn’t available on the Apple App Store. You will need to download the iOS screen recorder through it’s official site. You can follow the process listed on this page to know how to get it to work.

Once that’s done, it’s a pretty straightforward process of opening the app and hitting the record button. All your clips will then be saved in your Camera Roll. 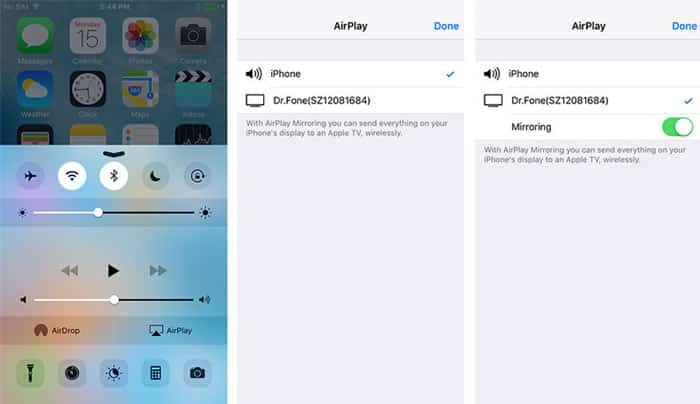 What’s amazing about the Dr. Fone iOS Screen Recorder is how seamless and smooth it is to operate. It’s a huge treat for Windows PC users especially, since apart from the ability to record the screen, this program even allows them to mirror it.

You can download a trial version of Wondershare Dr. Fone iOS Screen Recorder, which comes with limited features, but a full purchase is recommended if you wish to exploit all its abilities.