Women are Better at Multi-Tasking than Men; Can Balance Work and Social Lives with their Mobile Phones 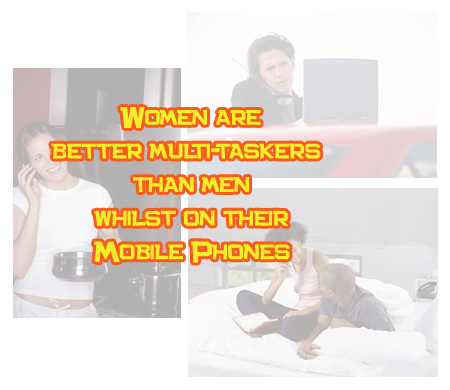 In the present buzzing life, where time is even more precious than money, multi-tasking is just the key for most people. Juggling between work, family and what not, somewhere the real you is lost amidst all these commitments and responsibilities. Interestingly a survey conducted by Nokia has shown that women are better at multi-tasking then men with 60 percent of respondents, both men and women. Only six percent of women feel that men are better at doing more than one task at a time.

The study was carried out on over 5,000 respondents, where 79 percent consider themselves multitaskers, with 50% describing themselves ‘productive’ and 31% ‘busy’. A major portion of men and women in the Scandinavian countries of Denmark and Norway revealed they can do several things at once. The Finnish at 74 percent were the most chilled out.

“People are utilizing their mobile phones more than ever,” stated Dom Fried-Booth, Insights Director, Devices, Nokia. Adding, “And with all the features available on mobile phones today, including calendars, email, and text messaging, people are using them for more than just making calls. This helps some people be more productive for work and others run the family household more smoothly. Whatever the case, though, mobile phones are clearly helping people get what they want out of life.”

So how exactly do these individuals multi-task with their mobile phones?

Firstly a huge sixty-two percent of respondents perform two or three activities while speaking on their mobile phone whilst internet browsing and shopping. A major seventy-five percent of women claim to prepare food and 50 percent end up doing what they are best at – applying makeup while using their mobile phone.

Interestingly, out of the ones who multi-task, 48 percent stated that the call was their main focus. When asked what was the most fun activity to do while on their mobile phone, most said “being in bed,” nothing beyond that was revealed.

And funny situations weren’t missed out either. Forty-seven percent of respondents maintained that they have sent a romantic or controversial text message to the wrong person and 56 percent of women did that.

The Nokia multitasking survey was conducted online through nokia.com between October 15 and November 1, 2007 by Illuminas and was carried out in the United Kingdom, Spain, Finland, Italy, China, Brazil, Germany, Denmark, France, USA, Sweden and Norway.

Well, whilst reading this article were you multi-tasking too. Do let us know what are the activities you perform whilst speaking on your mobile phones!