There have been far too many speculations yet much less proof about several unique features that the Moto 360 smartwatch will come equipped with. A large image dump coming from an Italian website has now confirmed all those details, while also giving us a close look at the smartwatch.

Wireless charging is all set to be a huge distinguishing factor for this gadget since people are not particularly happy with the charging method offered by the Gear Live and the G Watch. Notably, some users of the latter have been reporting skin irritation owing to its charging pins, but that issue has now been resolved by an update. 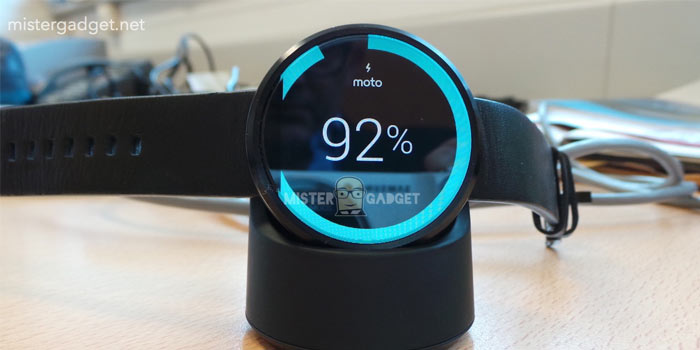 The image above clearly shows the Moto 360 in charging mode, connected wirelessly to the its cradle. The photograph in the space below shows us the rear surface of the Moto 360, complete with its protective sticker bearing in text all the important features of the smartwatch.

These include its IP67 rating which means it will water resistant until a certain extent. Moreover, a pedometer and a heart rate sensor will also form part of the device, thus enhancing its appeal to health conscious buyers. These pictures which come via a site named AndroidWorld.it were brought to our notice by an Android Authority post. 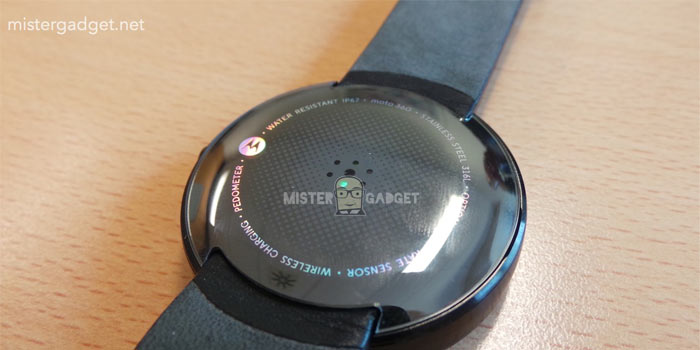 Motorola is most likely to release the Moto 360 later this month, alongside the Moto X successor which will apparently be called the Moto X+1. Pricing for this Android Wear smartwatch remains a mystery still, but it’s not expected to be cheap.