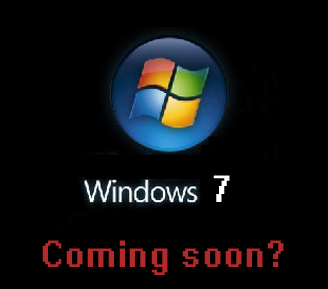 TGDaily has reported that the successor to Microsoft’s Windows Vista will be coming out in the second half of 2009. Considering the amount of glitches that the Redmond-based company’s next-generation operating system incurred, this news seems like it could be true. Moreover, if it is indeed true, then we can also say that Windows Vista has not really been well-received as most Windows users still prefer to stick to the basics and run XP instead.

A number of industry sources have apparently confirmed to TG Daily saying that a very early version of Windows 7, previously dubbed Blackcomb and then code-named Vienna, has already been shipped to key partners.

The M1 drop is available in English only and has begun shipping in x86 and x64 versions. Microsoft, who has declined to comment on the launch date, has however highlighted that the M1 software has the ability to handle a heterogeneous graphics system that consists of multiple graphic cards from different vendors.

It is also known that a new version of the Media center has been integrated in the M1 software. However, as of now, it only supports PC speakers.

In fact, it was only in October 2007 that Microsoft had offered the public a glimpse of Windows 7. The company showed a stripped down Windows Kernel called MinWin. This new feature could offer a very flexible, thin yet robust platform to adjust to the situation that the computer is connected to the Internet.

Also backing TG Daily seems to be an early entry on Wikipedia that states that the release date of Windows 7 sometime in the second half of 2009.