Windows Vista SP1 to be released this Week, says Microsoft 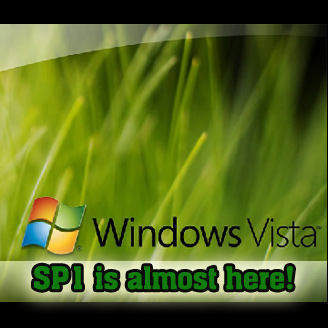 Users of Microsoft’s newest operating system Vista only seem to be waiting for one thing now- Windows Vista Service Pack 1, which is expected to take care of glitches experienced in the last one year since the launch.

According to Microsoft, the Windows Vista Service Pack 1 is all set to be released and made available tomorrow.

The software giant had said that there has been a delay in releasing SP1 because of a few hardware device drivers that could not reinstall properly during the SP1 upgrade. This issue was discovered in the beta testing phase.

Microsoft thus needed extra time to identify these drivers and set up mechanisms that would prevent users whose PCs have those drivers from receiving SP1.

Retailers are now preparing for the release of Vista SP1. In fact, PC Pro has reported that as per a search done on Amazon.com, the pre-packaged retail versions of Vista with SP1 will be officially released on March 19, 2008.

In a statement, Microsoft had said, “In mind-March, we will release Windows Vista SP1 to Windows Update and the download center on Microsoft.com. Customers who visit Windows Update can choose to install Service Pack 1. Any system that Windows Update determines has a driver known to not upgrade successfully will not be offered SP1.”

Microsoft has also said that beginning in mid-April, it will start to offer SP1 automatically to Vista customers using the operating system’s built-in automatic update option.