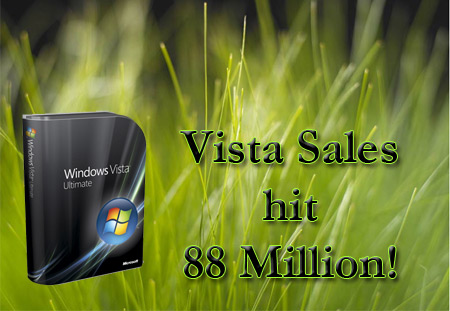 Microsoft has stated that they have sold over 88 million copies of Windows Vista, their latest operating system across the world.

The software giant also highlighted a number of customer migrations which signifies that users are ready to switch to the OS, in spite of surveys that indicate that many people are taking a cautious approach.

This announcement by Microsoft comes at a time when market experts have suggested that customers are avoiding the Vista operating system due to several performance and hardware compatibility related issues.

Diane Hagglund of Kind Research expressed her views on Vista migration strategies in the market saying, “Stability in general was frequently cited, as well as compatibility with the business software that would need to run on Vista. Cost was also cited as a concern by some respondents.”

Interestingly, reports are also claiming that some companies might just skip migrating to Vista in a move to wait for their next operating system release, which will hopefully be more reliable.