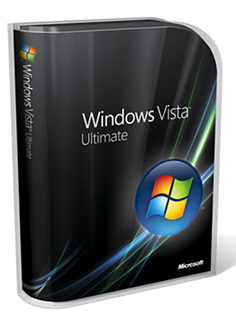 It was announced last week that Microsoft Windows Vista will be released for its corporate customers and business users at an earlier date, November 30, 2006. A while ago Microsoft had also released box shots of its soon-to-be released Windows Vista.

Microsoft has also revealed that Windows Vista operating system will be pre-installed onto new computers on the second-to-last day of January.

The new operating system, which has been five years in the making, was recently signed off by Microsoft with Windows chief Jim Allchin saying the code was “rock solid” and ready for shipping.

In fact Amazon.com has already started pre-orders for the upcoming Microsoft Windows Vista. They even offer an upgrade version starting from USD$99.95.

Following months of speculation, Microsoft has finally set a release date for its highly-anticipated Windows Vista. A while ago, Microsoft had invited hackers to try and poke holes in Vista. Microsoft has been suffering from a string of security exploits in recent times, and so decided to make such a move by inviting computer experts to try their luck.