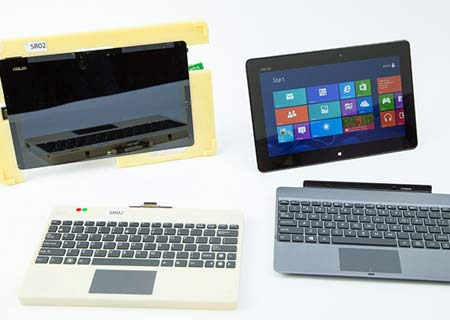 Rumors might have kept the world in suspense regarding which OEMs will produce Windows RT tablets. Well, Microsoft has now brushed the dust away revealing that Asus, Dell, Lenovo and Samsung are the fortunate few to get a green card for developing Windows devices based on the ARM architecture.

The Redmond giant has also shed a few more details about this specific version of Windows. First on the list is that it packs in native support for a host of peripherals such as USB mass storage, printing, audio/video and much more along with Wi-Fi, Bluetooth and NFC integration on the connectivity front. What’s more, the company isn’t limiting the Windows RT OS to just tablets.

“Windows RT represents a significant re-imagining of not only Windows, but Windows PCs and how we partner together to engineer them. The deep engineering collaborations from the Silicon and component manufacturers through to our PC partners and Windows engineering team have provided a compelling suite of exciting new Windows PCs that deliver on the promise of fast and fluid, always on and always connected, thin and light, and all-day battery life. We are looking forward to the exciting announcements ahead from Dell, Lenovo, and Samsung,” expressed Mike Angiulo, Vice President of the Ecosystem and Planning team through a post on the official Building Windows 8 blog.

Various devices are expected to arrive bearing a full keyboard and a touchpad, or even a dockable design much like the ones adopted for the Android platform. These extensions will not only provide users with extended battery life, but also the ability to carry out gesture inputs throughout the Windows 8 UI via a touchpad. So far, chips for these tablets are said to arrive from Nvidia, Qualcomm and Texas Instruments.

A handful of Windows RT tablets have already surfaced over the past few months and we’re most likely to see them in action around the same time the ARM-based Surface slate makes its debut.