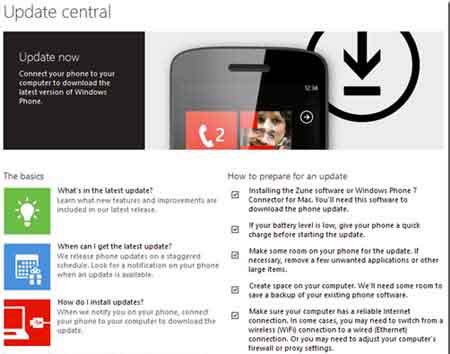 Windows Phone devices that are not tweaked with the latest Mango OS will not be granted a wholehearted welcome into the Marketplace any more. The company had informed users about this policy back in April and it applies to both the web as well as mobile storefronts, says a post on the official Windows Phone blog.

According to the post, downloading, reviewing, updating or buying apps will only be possible through a Windows Phone 7.5 based smartphone. Those who are already using this platform are not likely to notice any change, but the devices running the previous edition of the operating system will receive an error message, denying proper access to the app store.

“Most phones are already running Windows Phone 7.5, which was released last fall, and so most of you won’t notice anything different about how the Marketplace works. However, if your phone has an earlier version of our software installed, you’ll soon start seeing an error message when you try to download a new app, or update one you already own,” stated Mazhar Mohammed on the official Windows Phone blog.

Subscribers can upgrade their respective handsets with the latest OS through Update Central that lists out a step-by-step procedure for the same. And those who are not sure whether their devices run Mango or not, can figure it out through the official company website.

Microsoft’s latest policy of denying access to the Marketplace seems like a good reason to upgrade to the Windows Phone 7.5 OS. It tags along a number of interesting features including voice recognition, battery saver, visual voicemail and better social networking.