Fear not – Windows Phone 8 is upgradable to whatever comes next 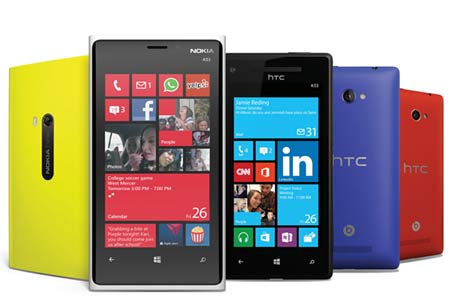 Microsoft may have left WP7 smartphones with no foreseeable future, but it has a new plan altogether when it comes to the latest Windows Phone 8 platform. What we’re saying is that the Redmond giant will provide an update to current generation devices, allowing them to run newer versions of the OS instead of a mimicked alternative.

This little new snippet comes from PCMag based on details provided by Greg Sullivan, Microsoft’s senior marketing manager. One of the main reasons why the Redmond giant wasn’t present at the MWC is that they didn’t have anything important to disclose. Sullivan states that the company is in between its product cycle and no new announcement of a new version would be made before hand, also considering that the current platform is barely a few months old.

He goes on to assure that the company will provide an upgrade path in the future and that current generation handset won’t be left in the dark like WP7. The report further talks about how the WP8 OS is flexible and that it can be implemented on new hardware, unlike its predecessor that required a specific set of components only.

Microsoft may not doubt be keeping mum about the latest goodies it has cooked up, but rumors are always there to light a few sparks. The most recent leak of an updated version of the WP8 platform dubbed GDR2, being in the works arrived through the speculated HTC Tiara smartphone. Well, apart from the handset’s hardware components there are no details pertaining to what new features and improvements the OS will carry. The next version is said to go by the codename Windows Phone Blue which is presumably different from the GDR2. It is likely to be launched sometime mid-2013.

The bottom line here is that if and when the company rolls out a new platform, the Windows Phone 8 devices circulating in the market are sure to get updated to newer versions of the platform.

Prominent features of WP8 are as follows: