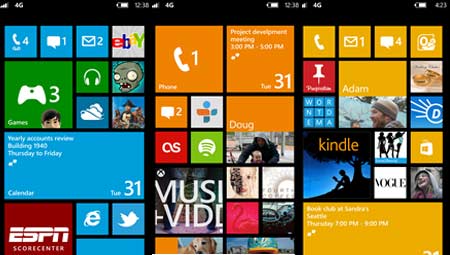 Back in 2010, Microsoft unveiled the successor to the Windows Mobile platform and today, they’ve taken things a step further by introducing Windows Phone 8. The OS is built based on ‘the same core technologies that power Windows 8’ and incorporates a catalog of features that cater to the needs of consumers, developers as well as businesses.

Through this release, the Redmond-based developer has addressed various compatibility issues and capabilities that we’ve left out in the previous version of the platform. First on the list is support for multicore processors and larger displays with screen resolutions of 1280 x 768 or 1280 x 720 pixels. Moreover, users will now be able to throw in a microSD card to expand the overall storage. On the connectivity front, NFC sharing will allow wireless transfers of photos, Office docs and contacts, while the IE10 application aims to make web browsing faster and more secure.

“We’ve based the next release of Windows Phone on the rock-solid technology core of Windows 8. It means Windows Phone and its bigger sibling will share common networking, security, media and web browser technology, and a common file system,” commented Joe Belfiore, Manager of the Windows Phone Program at Microsoft through a post on the official Windows Phone blog. “Windows Phone 8 is a generation shift in technology, which means that it will not run on existing hardware. But we care deeply about our existing customers and want to keep their phones fresh, so we’re providing the new Start screen in this new update.”

Another highlight of the Windows Phone 8 OS is the new Start screen. Cramped as it may look, the interface is embedded with Live Tiles that can be configured in 3 different sizes. There’s also a new palette of theme colors in tow for delivering a more customized approach. We now come to the main question – Are existing smartphones going to receive the update? Well, to put it in short – No. The company states that the new platform will not run on the hardware currently employed by handsets. But an update dubbed Windows Phone 7.8, in the works for these devices, tags along the fresh Start screen. 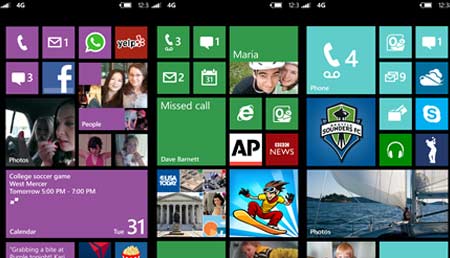 The Windows Phone 8 platform is expected to launch through a host of smartphones from Nokia, Huawei, Samsung and HTC. These devices will be powered by the latest processors from Qualcomm.