Windows Phone 8.1 has gone official and is now seeding to developer devices around the globe. Microsoft is reportedly planning two general updates before it launches the next version which will probably be Windows Phone 9 and the GDR2 release will apparently bring in support for new hardware such as 2K displays and the Snapdragon 805 SOC amongst others.

NPU has learnt this information through its sources and it’s yet to be confirmed. Windows Phone 8.1 can currently support the Snapdragon 800 that’s seen on a few of existing handsets. And the screen resolution is limited to 1080p HD. With the GDR2 update, Microsoft will be able to compete in the high-end space once again. 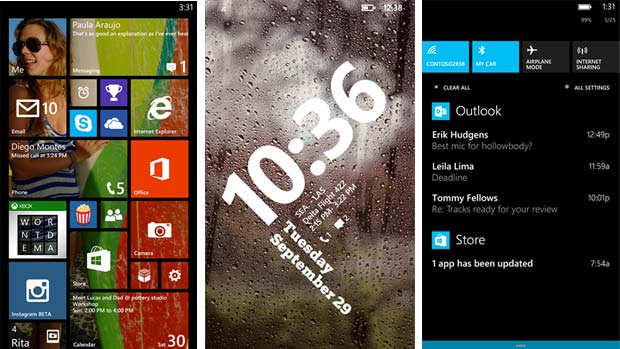 We’ve already seen one particular device being tested with a 2K display and Snapdragon 805. It’s none other than Qualcomm’s own Liquid reference design smartphone with Adreno 420 graphics. The source notes that the update will introduce ‘broader hardware support’ which means we’re likely to see more improvements apart from the processor and display.

The Windows Phone platform doesn’t need it, but more RAM would be good for high-end phones. NPU also notes the possibility of new hardware support arriving ahead of GDR2 release, considering that Microsoft has new OEMs onboard and could be pressured to bring the new features as soon as possible. The latest partners to join the WP8 bandwagon include Foxconn, Gionee, Xolo, Micromax, LG, ZTE and Lenovo.

There’s no word on when the Windows Phone 8.1 GDR2 update will arrive, but it shouldn’t be far off considering that Microsoft is planning to launch Windows Phone 9 late 2014 or early 2015.