With WP8.1 slowly hitting existing smartphones, the next update has already been detailed by Microsoft as Windows Phone 8.1 GDR1. Various features of the release have also been disclosed by the Redmond giant, highlighting that new screen resolutions will be supported and even large devices amongst others.

WPCentral is reporting that the Windows Phone 8.1 GDR1 update was disclosed by two documents that are hidden deep within the company’s Dev Center website. First and foremost are newly support resolutions which include 1280 x 800 WXGA, 1280 x 768 WXGA for 6.01-inch to 7-inch displays and 540 x 960 qHD. 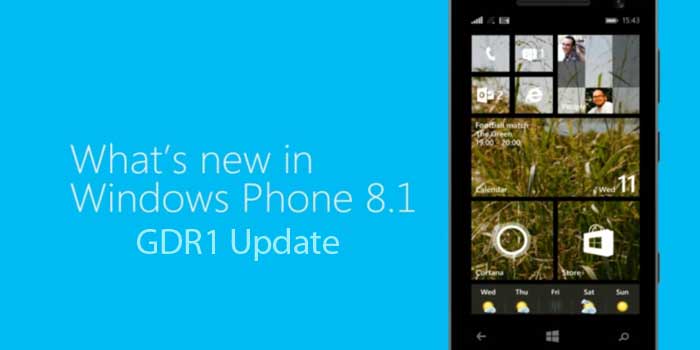 Additionally, devices with 6-inch screens and powered by the MSM8x12 chipset from Qualcomm will be able to run at qHD resolution. The new WXGA resolution is mainly targeted at high-end devices featuring on-screen buttons instead of capacitive or physical ones. A small change has been carried out to the Store live tile and folder support will be included in the update. Coming to the Files app, OEMs will now have the option to preload it onto devices.

Then there’s the ability for handset makers to hide the auto scan for updates option in settings and also block updates from being installed via the SD card. Apart from these, OEMs can throw in their own custom lock screen. Interactive covers are finally coming to Windows Phone which isn’t surprising considering that HTC is working on a WP8.1 version of its flagship, while LG is expected to get back into the game as well.

The Windows Phone 8.1 GDR1 update is expected to reach developers sometime next month. Be sure to hit the source link for more information on the upcoming release.