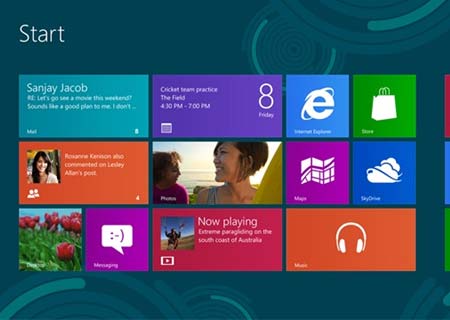 Developers subscribing to Microsoft’s TechNet and MSDN sites have the golden opportunity of jumping the queue and grabbing for themselves the Windows 8 RTM. This being the final build of the immensely anticipated OS, it contains slight differences as compared to the Windows 8 Release Preview which has been available for download since June this year.

Copies of the RTM edition can be acquired only by those who possess MSDN subscriptions or TechNet Professional subscriptions. And for those who aren’t part of either, there’s another way to experience the new OS. A 90-day evaluation version of the Windows 8 Enterprise edition is being doled out to developers through the Windows Dev Center download page. It also comes equipped with Visual Studio Express 2012, Windows 8 design assets, code samples, related tools and SDKs needed to create apps.

“Two weeks ago we announced that Windows 8 released to manufacturing (RTM). Since then we’ve been preparing builds for distribution as described in the Windows 8 has reached the RTM milestone post on Windows Team blog. I’m happy to let you know that we are now ready with early access builds for developers,” Ian LeGrow, Group Program Manager, Windows, wrote on the official Windows 8 app developer blog.

LeGrow has recommended that those who get to lay their hands on the 90-day trial evaluation version should install it on a separate drive, partition or VM. This would make it easier for them to upgrade from the original OS to the new Windows 8 once it is released later this year.

October 26, 2012 has been marked as the official date on which the Windows 8 RTM will be made available for everyone through retail as well as via download.