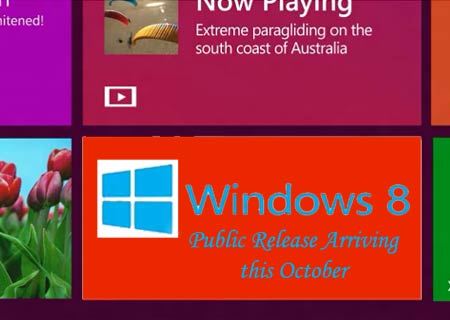 With the Windows 8 release date and price details out in the open, we’re now a step closer to Microsoft’s next iteration to its long-running PC platform lineup. The RTM build of the OS is expected to arrive by the first week of August, at the earliest.

At Microsoft’s annual Worldwide Partner Conference, Windows Chief Marketing Officer and Chief Financial Officer, Tami Reller, made it official that enterprise customers with Software Assurance benefits would be able to acquire a full copy of the platform in August. The company will launch the OS in 109 languages, in over 231 markets worldwide. Potential users will be able to conveniently upgrade their systems through the Windows 8 Upgrade Assistant which provides a complete step-by-step guide from purchasing the software online to downloading and even installing it.

“We set out to make it as easy as possible for everyone to upgrade to Windows 8. Starting at general availability, if your PC is running Windows XP, Windows Vista, or Windows 7 you will qualify to download an upgrade to Windows 8 Pro for just $39.99 in 131 markets. And if you want, you can add Windows Media Center for free through the ‘add features’ option within Windows 8 Pro after your upgrade,” states Brandon LeBlanc, Windows Communications Manager at Microsoft through a post on the official Building Windows blog.

Additionally, Microsoft has already made the Windows Upgrade Offer available since June 2, in 131 markets including the US and Canada. This promotion provides eligible Windows 7-based PC purchases an upgrade to Windows 8 Pro for as little as $14.99. The last date to redeem the offer is listed out as January 31, 2013.

The Windows 8 release date and price details announced by Microsoft indicate that the Pro edition of the platform will be available in a packaged DVD version, in stores by the end of October for a promotional rate of $69.99 that will be valid until January 31, 2013.