Windows 8 Pro up for pre-order through Amazon, Best Buy, Newegg and more 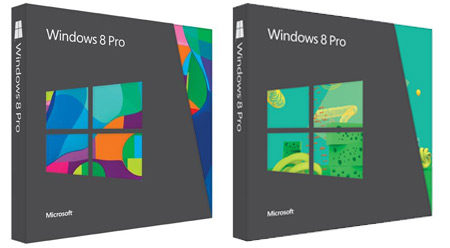 Users interested in upgrading their Windows-based PCs to the latest Windows 8 Pro operating system, can now reserve their DVDs online. Besides via the Microsoft Store, it can be pre-ordered from Amazon, Best Buy, Newegg, Office Depot, Staples and select retailers across the US.

According to the official Windows blog, the company has adopted a fresh approach for its packaging and re-imagined the operating system. Microsoft has released 5 illustrations of the OS in question and by using paper-based materials it has successfully curbed greenhouse gas emissions as well as fossil fuel consumptions by around 80 percent. Also, the package is pretty light as its weight has been reduced by 41 percent.

Those who are not too keen on pre-ordering the DVD, but wish to switch to the latest platform can wait until October 26 which is the official release date and choose to upgrade it over the web. This can be done through the official Windows web portal with a little help from the Windows 8 Upgrade Assistant. It will be made available in as many as 140 countries around the globe in about 37 languages and support for 23 currencies.

Interested Windows loyalists have the option to upgrade online or via DVDs available in store until January 31, 2013. In addition to this, a number of computer systems and other devices running the latest OS manufactured by OEMs like Acer, Samsung, Sony, Dell, Asus and HP have hit pre-order status too.