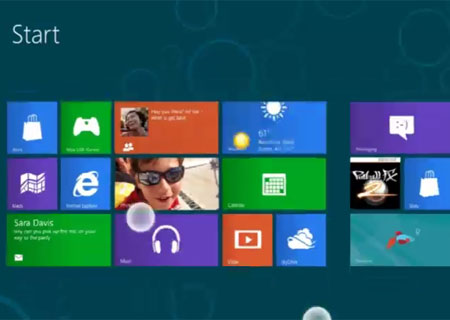 The first beta release, better known as the Windows 8 Consumer Preview, recently went live soon after being unveiled at the MWC 2012. The newly launched build is said to feature over 100,000 code changes and a number of improvements through feedback obtained from testers of the Developer Preview.

With most aspects of the platform being overhauled from scratch, the company claims this release to offer better performance, reliability and an enriched experience. Additionally, users will be able to sign-in with an optional Microsoft account to access a number of features such as cloud storage, email, calendar and contacts as well as various other services. The beta build also marks the debut of the Windows Store that houses a wide catalog of Metro-styled apps from third-party developers.

“With Windows 8, we reimagined the different ways people interact with their PC and how to make everything feel like a natural extension of the device, whether using a Windows 8 tablet, laptop or all-in-one,” stated Steven Sinofsky, president of the Windows and Windows Live Division at Microsoft. “The Windows 8 Consumer Preview brings a no-compromises approach to using your PC.”

Through the store, users can download almost any application on a trial basis before considering to make a purchase. The Internet Explorer 10 Platform Preview 5 web browser has also made its way onto this release and it is said to be designed specifically for Windows 8 devices. Running the Windows 8 Consumer Preview shouldn’t be a problem for users currently on Windows 7, as the system requirements have not changed from the prior OS.

The Windows 8 Consumer Preview build is available for download as an executable file or an ISO image in language options of English, French, German, Japanese and simplified Chinese. Those waiting to test out the pre-release of Microsoft’s upcoming OS can obtain a copy through the preview.windows.com website or from the official Windows blog.