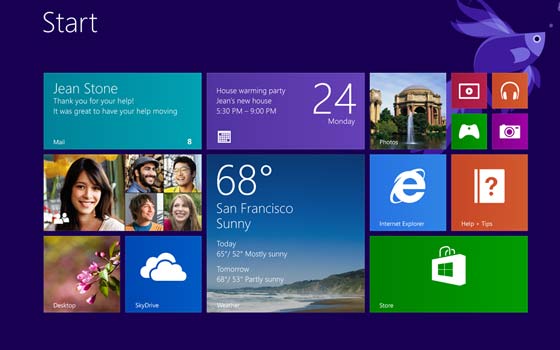 Microsoft has officially announced Windows 8.1 preview at the Build 2013 conference and has even made the platform available for download in ISO format. In this new version, Microsoft has brought in various improvements for potential users to test before the final version gets released.

First and foremost, the Windows 8.1 preview has brought back the beloved Start button and while the company’s main objective was to deliver better touch functionality, it has even introduced enhanced support for those still dependent on a mouse and keyboard to access applications and services. Last, but not the least, those who prefer not having the Modern UI show up on boot can now configure the system to go directly to the desktop.

Recently, the company disclosed that the store is going to be upgraded for the upcoming OS. It’s not clear if the improvements will be seen in the Windows 8.1 preview release. They include a fresh design layout, new developer features and more promotional opportunities.

Additionally, the Redmond giant also made a few product announcements. The Adobe Digital Publishing Suite will arrive for the platform by late 2013 and the PayPal SDK is now available, while the Unity Pro 4 game development platforms will come with commercial support for the Store sometime this summer.

Certain tablets and laptops that operate on new 32-bit Atom processors aren’t compatible as yet with the Windows 8.1 preview version. They include the Lenovo ThinkPad Tablet 2, the Samsung Ativ Smart PC, the HP ElitePad 900 as well as the Envy x2 and the Fujitsu Arrows Tab. Updating to the Windows 8.1 preview beta build will migrate all data, settings, and applications from the currently available OS.

The Windows 8.1 preview ISO download is available through the company’s website. The 64-bit version is 3.8GB in size, while the 32-bit option is 2.8GB. The company has even provided a trial product key for activating the OS.