Windows 8.1 is now live, time to welcome back the Start button

Microsoft had adopted a brand new approach with Windows 8. It did away with the Start button and added what it calls the Modern UI which shows applications in a tiled layout. A lot of innovative features were present, but not everything was perfect and users found it hard to get settled in with the touch-focused layout.

Well, now that Windows 8.1 has arrived, a lot of improvements have been introduced along with a fresh batch of features. One of the most anticipated and missed attributes present in the latest release is the resurrected Start button. And so that it blends in with the latest interface, the way applications are viewed has been improved, keeping the most important ones always in sight. 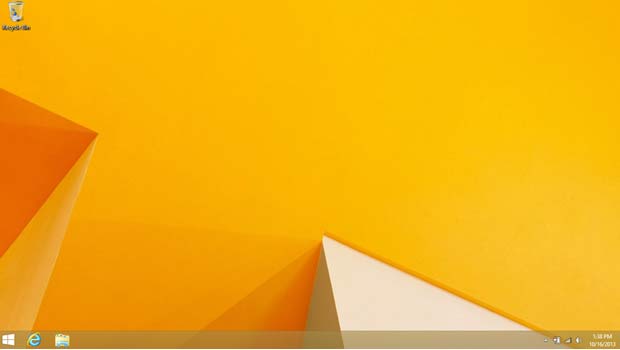 The Start screen interface has been augmented as well. Microsoft has enabled more tile sizes and has thrown in new backgrounds and colors for richer customization. Also, you can now set your PC to either go straight to the touch-friendly UI or directly head into the desktop environment.

Windows 8 had brought in the ability to run 2 Metro applications in a split-screen view. With the new update, you can have up to 4 apps side by side. And that’s not all – The size of each window is fully adjustable.

Existing Windows 8 customers will be able to update to version 8.1 for free through the Store which can be found in the Start screen. The OS will also arrive on upcoming devices and in physical DVDs through retail locations worldwide. The basic version is priced at $119.99, while the Pro edition can be picked up for $199.99.