Windows 10 is so comprehensive it has skipped the number 9, says Microsoft

Windows 10 is the next big Microsoft software platform, and while its name doesn’t match what it was being referred to as in leaks and rumors, its feature do. It marks the return of the much needed Start menu, while it also introduces features like multiple desktops and more.

Microsoft has emphasized that Windows 10 signifies a completely new direction for the widely adopted platform. It will act as a consistent OS which you’ll be able to run on a variety of devices including Internet of Things, servers, tablets, smartphones and more. 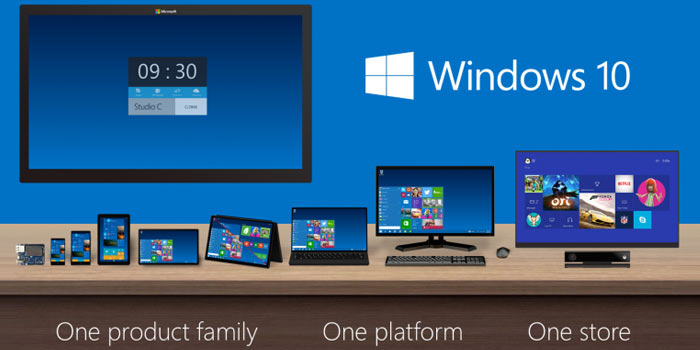 This software will be released officially in 2015, while a consumer preview will be made available earlier in the said year. And of course, there’s a technical preview which will be doled out today for experts to test and tinker with.

The return of the Start menu is the biggest addition to Windows 10, as it had users of Windows 8 fuming due to its absence for some reason. The earlier operating system’s Start Screen has vanished, but its Live Tiles and other features have been embedded into the Start menu by Microsoft in a customizable manner.

In the new software, apps will no longer run in full-screen mode, while the snapping feature will allow you to neatly arrange a total of four apps on your screen at once. Multiple desktops which are being enjoyed by Mac users for quite some time now, have finally come to Windows with the new OS. 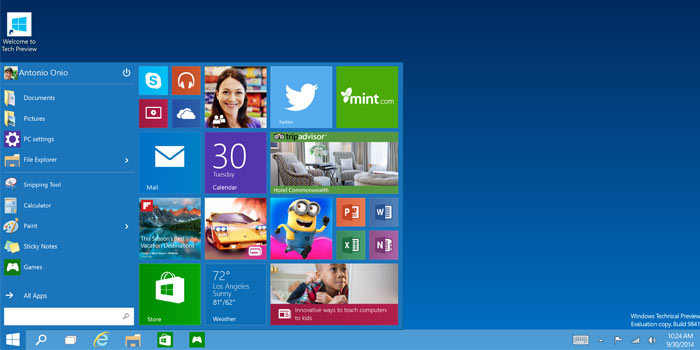 These and a whole lot of other new attributes have made their way into Windows 10, a technical preview of which is scheduled to go live later today. Those interested will need to sign up for the Windows Insider Program in order to get the download.