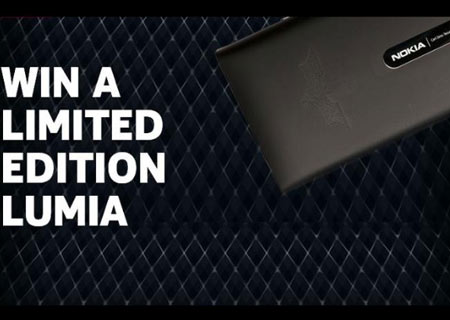 The Dark Knight fans who are feeling particularly lucky may want to head over to Facebook and take a shot at the Batman Nokia Lumia 900 edition contest. It was just back in May that the smartphone, with its design themed around the brooding superhero, was announced by the Finnish company.

The handset was scheduled to sell through Phones 4u as an exclusive. Considering that the retailer still has the device up for sale, we’re wondering how ‘limited’ this ‘limited edition’ is and how many people actually crave one. And now, Nokia’s giving the phone away for free, providing contestants are familiar enough with the comic series to know Bruce Wayne’s father’s name. Hint: For those Lumia enthusiasts who don’t know – Google it. 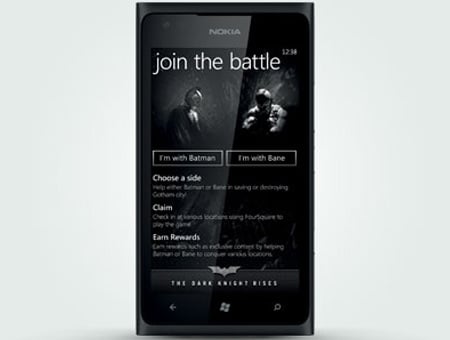 Once the contest is done with and applicants who come away without the handset realize that they haven’t exactly had Lady Luck smiling upon them, it may be ordered from Phones 4u. Or maybe not. It’s a limed edition we’re talking about, after all. At any rate, the said vendor is currently offering the device with Orange and Vodafone plans. We couldn’t find anything along the lines of an unlocked version though.

In terms of the Lumia smartphone’s technical specifications, these remain the same with a 4.3-inch Super AMOLED touchscreen, Windows Phone 7.5, 8MP camera and 1.4GHz processor. The only thing that will be different here is the Batman logo etched with laser on the polycarbonate rear area. Additionally, an exclusive Marketplace app and gloomy looking skin are also part of the deal. 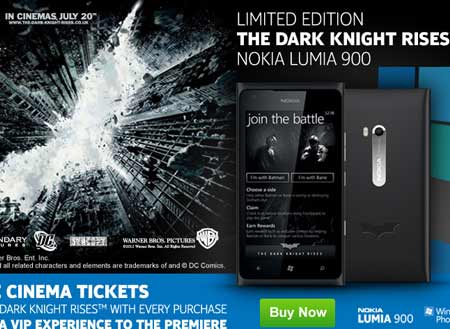 Those who want to win the Batman Nokia Lumia 900 edition on Facebook ought to note that the contest closes on July 2.