Will Tizen be the next big mobile OS? First developer tablet incoming

How many open source operating systems does the world need? How about a common OS for every device? We already have Android and Firefox OS for mobile and then Steam OS for gaming. We’ve been waiting for the Linux-based Tizen and now Systena will launch a developer tablet based on the OS in Japan.

Big names like Samsung and Intel have been backing the software for ages and we even expected to see the former company unleash the OS (with some cool hardware) this year. Well, it seems like Systena will get there first with the slick looking tablet pictured below. 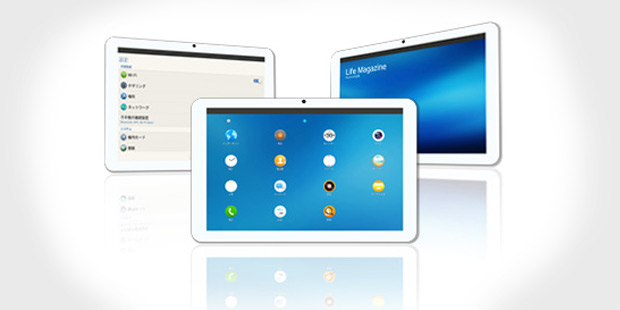 The device is slated to be introduced along with a development kit so that interested parties can build apps, games and other software for the OS. Because as Apple and Android has proved over the years, no smartphone or tablet is complete without the support of a strong applications ecosystem.

Efforts are being made to get developers working on the platform. If you hit this link, you’ll see that a Tizen App Challenge has been announced. There’s a grand prize of $200,000 to be won as well as smaller prizes narrowing down to $50,000. The contest ends this November 1.

SamMobile who got the news through the Tizen Indonesia blog reports that the tablet will be let loose at a developer conference scheduled for October 26.