Haven’t got a Google Glass yet? The good news is, it’s been confirmed that Google Glass will be welcoming an app store next year. So Mountain View could be moving towards bringing the wearable to the masses sooner than expected and the $1500 price tag should drop to a slightly more affordable rate.

But it’s not just great for regular folks, even developers should be even more pleased to hear this. As per the current terms and policies, apps built for Glass cannot be sold at a price, nor may they be ad-supported. This clearly takes away some joy from creating applications for the device. There are chances that the special store will do away with this rule.

When the Play Store was revamped, there were speculations that it was going to accommodate Glass tools too. Android and Me shared a screenshot of the headgear popping up in the ‘Choose a device’ list when installing applications while signed in on a desktop. This was unusual since Google.com/MyGlass already serves as the portal to Glassware pickings.

Marketing Land has been told by Google that an app store is set to open shop in 2014. Apart from refusing to talk about whether developers will be able to start hawking their software for a price, no comments confirming a dedicated Glass marketplace or one integrated into Play Store, were volunteered. 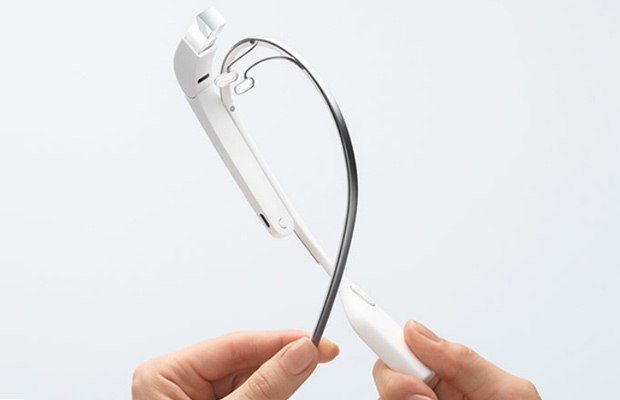 The report notes Mountain View’s Timothy Jordan saying that those who wanted to submit their Glass apps and be listed (somewhere), could look forward to doing so in the near future. Here’s to hoping that the hardware will also be getting a revamp before it hits the market.

Because it’s bendy and not ‘foldy,’ as you can see from the picture above. And that’s an inconvenient form factor to deal with.