Wikipedia can now be edited through mobile gadgets

Wikipedia has introduced an all new mobile editing feature that now allows users to add in content to articles on the website right from their handheld gadgets. Until now, people could edit data on the free encyclopedia only through a computer system, but the new function will permit more readers to enhance and write their own articles while on the move.

Wikimedia Foundation’s Juliusz Gonera broke the news regarding the latest feature for mobile users through a post on its official blog. He reveals that as many as 15 percent of the total number of people who access Wikipedia, make use of a handheld device to do so and this number is likely to increase with time. Thus, anyone with an internet connection can edit articles on the portal. But for now, only readers who have Wikimedia accounts can make changes to the content. Signing up for an account is hardly a difficult task and it can be created via a desktop or any other gadget. 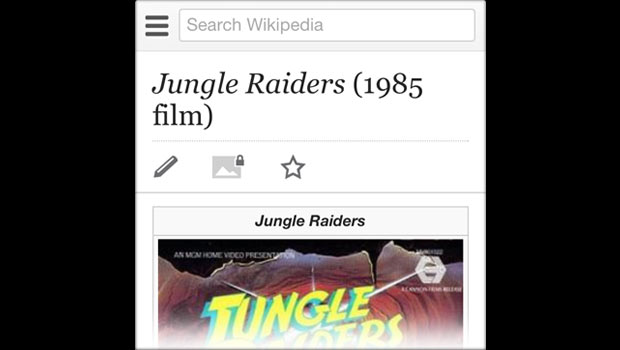 Every section on a web page now has a pencil icon and to make any changes to a particular section, all you have to do is log in from your account and tap on the pencil to start editing. Considering that the new feature is currently in the testing phase, the company has decided to keep it basic in order to gauge what people expect and need from it. Based on the feedback it receives, Wikimedia will introduce new attributes and updates in the future. A visual editor may also find a spot on the mobile version of the website very soon.

The Wikipedia mobile editing feature has already gone live and is accessible through any internet-enabled device.