Wii Voice Chat could be a possibility, hints Reggie Fils-Aime 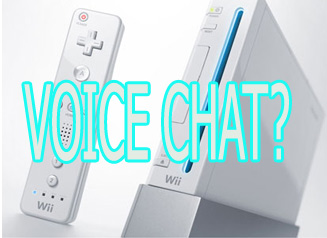 Nintendo has been enjoying great success when it comes to two of its gaming platforms- the Wii and the DS. However, the Wii is the only gaming system unable to give players the ability to voice chat over the Internet.

Voice chat features are available on the Wii’s direct competitors namely the Sony PlayStation 3 and the Microsoft Xbox 360 consoles. But, now it seems that Nintendo may be going that way too, because according to Reggie Fils-Aime, the president of Nintendo America, the Wii may eventually get some kind of voice chat.

Reggie Fils-Aime let out a few hints that lean in this direction during a conference call. He said that there was nothing technically stopping voice chat on the Wii and it would only be a matter of Nintendo putting the money aside to support it.

According to Fils-Aime, the Wii is clearly capable of this function, and Nintendo is constantly adding and tweaking features of the Wii system through system updates. So, the whole issue boils down to locking down the specific technologies and getting the specific peripheral to allow voice chatting.

Fils-Aime said that he wouldn’t be surprised at all if the feature were to appear on the Wii. “It is something we value and constantly look at.”

Even though a few games have been released on the Wii that feature online play, none of them till date allow players to converse through them. It must be very frustrating for Wii owners, because Xbox 360 users are better off in the sense that it does employ voice chat and even comes bundled with a headset that even allows “sending delayed messages” besides the regular in-game chat.

Fils-Aime did however, rebuke any speculations that the Wii’s Virtual Console could be adding online multiplayer.

“We do not anticipate making online gameplay for Virtual Console games,” concluded Fils-Aime.