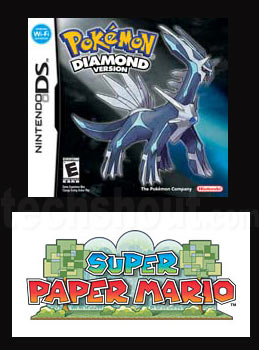 On March 7, at the Game Developers’ Conference, Nintendo announced a list of games that will hit the Wii game console, Nintendo DS and even the GameBoy Advance. A notable game title in the list is the Pokemon Battle Revolution, which happens to be a first of many kinds for the Wii.

So when Wii and Nintendo DS are linked, players are able to use the DS units as controllers. Besides, players can also import characters from the upcoming Nintendo DS games namely Pokemon Diamond Version or Pokemon Pearl Version.

Brain Academy, which is a brain-training game that has become a popular game in recent times for Nintendo DS, will also make its debut on the Wii.

According to Reggie Fils-Aime, president, Nintendo of America, “With strong third-party support, Wii and Nintendo DS have games on the way for both casual and veteran gamers. Our new ways to play have attracted millions of players around the world. This lineup demonstrates our commitment to leading the industry with the future of video gaming.”

Below is the entire line-up of game titles for the Nintendo Wii and DS for Q2 2007: