Towards the very end of August, a News from Facebook mail winged its way into user inboxes. It was a notification stating that the company was proposing changes to its Statement of Rights and Responsibilities (SRR) as well as Data Use Policy. Most regular people were likely to have skimmed through the letter and made a half-hearted attempt to go through some of linked documents before giving up entirely.

We didn’t think much about it until those tiles with people’s faces started appearing the background (pictured below) each time we visited the Facebook login page. One of our colleagues identified a college pal from the photos and asked her if she knew her image was showing on the sign-in page. Do we need to say that she didn’t know her photo had been used or have you guessed the response already? 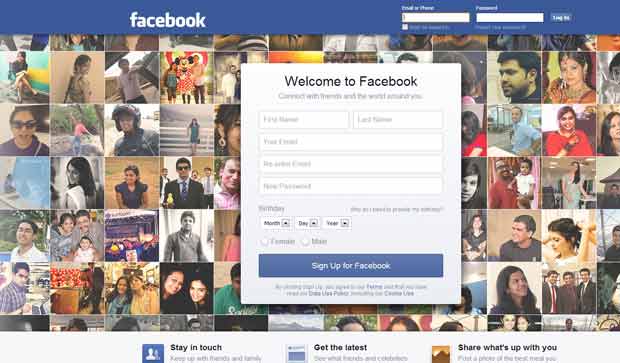 The truth is that cover photos and profile pictures are automatically set to Public. There’s no way to keep them from being viewable to just about anyone who looks up your name on a search engine or Facebook. So people may be unwittingly sharing more than they intend to by simply updating their profile or cover images. But that’s not why the company has come under fire.

It has to do with a couple of amendments to the way Facebook deals with people’s names, profile photos and similar information. The company will essentially be able to use such data for commercial, sponsored or related content. The person to whom it belongs is not eligible for compensation in lieu of this. Meaning, an advertiser can be allowed to display your content and only pay the social network for it.

If you thought this was as ridiculous as it gets, parents or legal guardians of minors who sign up for a Facebook account are assumed to have agreed to these T&C too. The move would have permitted the company to wash its hands off any cases of misuse of a minor’s photos and other sensitive data which is public by default or set to be viewed by anyone.

Now InformationWeek reports that a recent development has forced the SNS to explain its policies and practices better. This had to do with a $20 settlement amount Facebook had to shell out in the face of claims saying it employed users’ photos in ads without intimidating them or paying any compensation. But it hardly justifies the company’s ‘What’s yours is mine to make a profit out of’ changes.

At any rate, the amendments which were supposed to come into effect on September 5, have been reined in thanks to user feedback and privacy advocates who’ve been rallying against these. We should know more about the issue by next week. Stay tuned.