After posting a few teasers to social media, WickedLeak has now launched its latest flagship smartphone, the Wammy Titan 4. The handset comes with some pretty nifty features and most importantly, it packs a massive battery which is by far the largest we’ve seen on an Android handset.

The power pack on the WickedLeak Wammy Titan 4 is rated at 5330mAh, making it slightly larger compared to the battery on the Phillips W6618 which totals at 5300. The official estimates from the company note that the cell is capable of offering up to 28 hours of 3G talk time (31 hours on 2G) and standby of around 43 days. 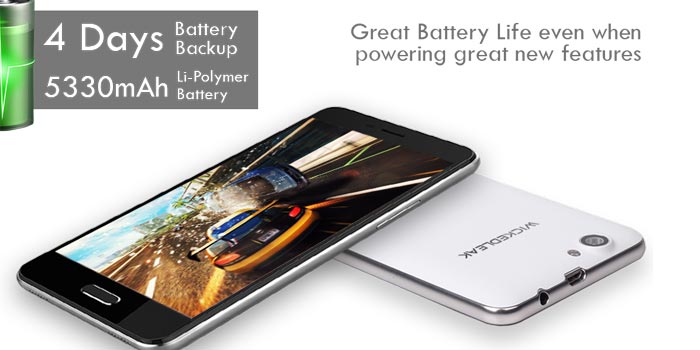 These numbers are certainly much higher compared to other devices with large batteries. What’s more, the WickedLeak handset has some pretty beefy components onboard which will hog-up power. The display here is a 5-inch 1080p OGS IPS panel and it’s accompanied by an 8MP camera and a fingerprint reader on the front.

Also read: Silk white OnePlus One is coming soon to India next week, will be sold on invite

You also get a 16MP Sony IMX214 CMOS sensor on the rear with 1080p FHD video recording. A 1.7GHz octa core MediaTek processor with Mali 450 graphics powers up the Wammy Titan 4 and in the memory department, there’s 2GB RAM, 16GB storage and microSD expandability of up to 64GB. Lastly, the phone runs Android KitKat and will be upgraded to Lollipop soon. 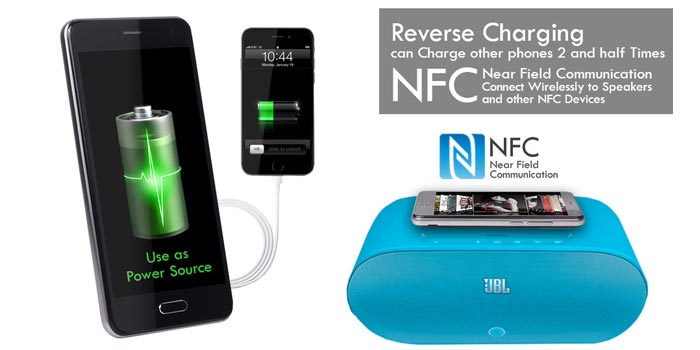 The WickedLeak Wammy Titan 4 carries an affordable price tag of Rs 14990 and it can be purchased through this link. The company notes that it has already sold 11030 units, when we last checked.