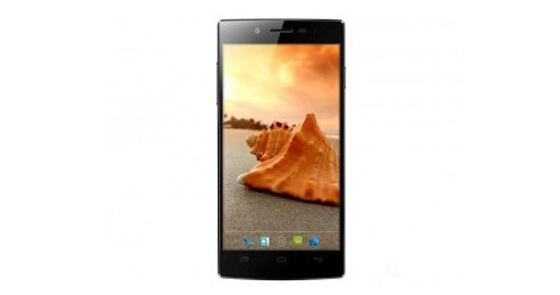 The price for Wickedleak Wammy Passion Z+ in India has been revealed along with the phablet’s specifications. The release date for this new phone from the series has been set for July 25. Potential buyers will be able to enjoy the benefits of a 1080p full HD display, something that not even the Micromax Canvas 4 delivers at a comparatively higher rate of Rs 17,999.

The front surface of the Wickedleak Wammy Passion Z+ is highlighted by a 5-inch Super Clear IPS LCD display which, like we said, offers a full HD resolution, and has been coated with scratch-resistant Dragon Trail Glass (OGS) technology. It runs on an MTK6589 Turbo 1.5GHz quad core CPU and features 1GB worth of RAM. And it’s no surprise that the 4.2 version of Google’s Android OS has been infused into it.

Keeping with the norm, it kicks in dual SIM card slots. Moreover, a 13MP rear camera complemented by an LED Flash also makes its way onto the Wickedleak Wammy Passion Z+. Its front on the other hand, features a 2MP snapper for video calling proposes. 4GB worth of internal storage capacity has been included in it, whereas the presence of a microSD card slot ensures that it can be expanded till up to 64GB. The phablet also grabs hold of a 2,500mAh battery and other essentials like a Bluetooth, Wi-Fi and more.

The Wammy Passion Z+ can now be purchased through the company’s official website, but deliveries of the phablet are scheduled to begin from July 25 onwards. As mentioned above, it’s been pegged at Rs 15,990.