Wickedleak Wammy One with octa core chip outed for Rs 7990

Wickedleak that’s known for ripping off devices from various popular companies, mostly Samsung, has launched a new smartphone called the Wammy One. The latest release isn’t a copy cat through, which is good, and it has a pretty decent design as well as features for its asking price of Rs 7990.

Well, the phone does share a few similarities with Oppo’s Find 7 and a few Gionee handsets. The Wickedleak Wammy One is Android 4.4 KitKat powered and it gains steam from an octa core MediaTek processor based on the Cortex A7 with Mali 450 graphics. The clock speed isn’t known, however, and it could either be 1.4GHz or 1.7GHz. 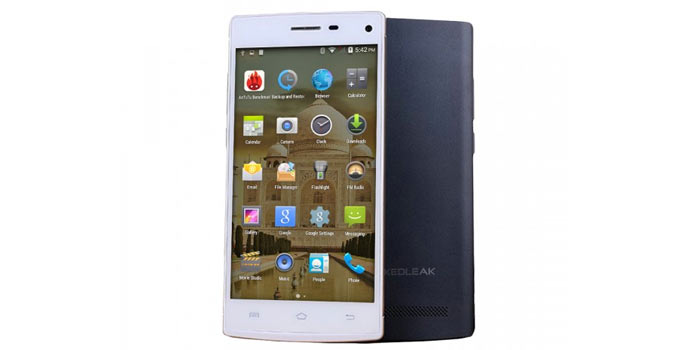 This Wickedleak release also meets other norms of the budget smartphone market which include dual SIM support and 3G HSPA connectivity. The phone has a 5-inch IPS display on the front with qHD visuals and a Dragon Tail Glass coating. And for storage, there’s 8GB of flash memory.

The hoarding capacity can be expanded by up to 32GB more via a microSD card and the RAM stands at 1GB. The phone has a pretty large battery of 2800mAh capacity. Sadly, it can only deliver around 9 hours of talk time or up to 11 days of standby.

Key specs of the Wickedleak Wammy One:

The Wickedleak Wammy One can be purchased online via the OEM’s web store. It can be given the Aquaprotect coating for resistance to water which brings the total retail tag to Rs 9490.